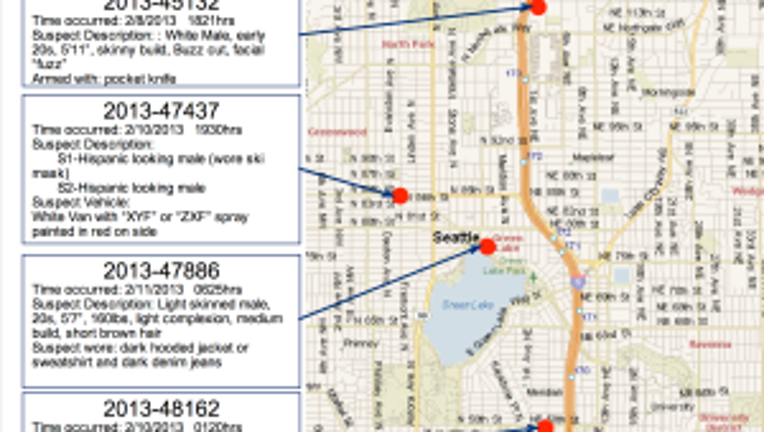 SEATTLE -- Detectives are hoping a bicyclist who helped stop an early morning attack on a woman at Green Lake Monday will come forward and help police identify the assault suspect.

According to the Seattle Police Department, a female jogger was running through Green Lake Park when a man ran up behind her and tackled her to the ground near East Greenlake Drive and Meridian Avenue. A male on his bike saw the attack and helped scare away the suspect. He then chased after the attacker before returning to Green Lake Park to check on the jogger. The jogger said she was OK and the cyclist left the scene.

The attack was the third attempted sexual assault in three days in north Seattle. Police are unsure if the attacks are connected, but have reported that some of the victims report similar characteristics in the suspects.

Police believe the bicyclist could provide a good description of the assault suspect. He is encouraged to contact detectives in the Sexual Assault Unit at (206) 684-5575.