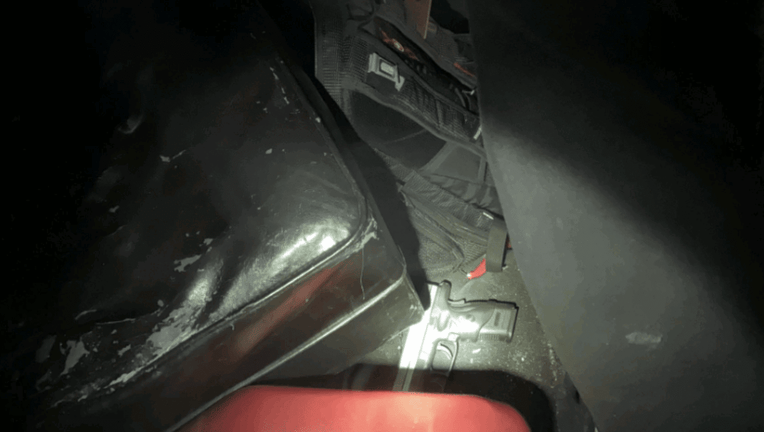 SEATTLE - Police arrested a man after he followed another driver through downtown Seattle and flashed a gun at them early Tuesday morning. Police say the suspect did it because of an argument about cutting in line at a convenience store a day earlier.

According to the Seattle Police Department (SPD), A 31-year-old man called 911 at around saying he noticed someone in a gray van follow him when he pulled out of the Shell gas station on 7th Ave. N and Denny Way.

The victim told police that whenever he would speed up, the van would keep the same pace – even running red lights to keep up.

Eventually the suspect pulled up alongside their car, and he flashed a pistol.

Authorities say the victim drove to the SPD’s West Precinct, and officers pulled over the van. After questioning the victim and the suspect, officers learned that both had gotten in an argument over line-cutting at a convenience store.

Officers arrested the 48-year-old driver, and recovered a handgun inside his van. Police also learned that the suspect is a convicted felon who cannot legally possess a firearm.

The suspect was booked into the King County Jail for harassment, theft and a firearm violation.