SEATTLE -- Following the bombings in Boston, Seattle police have increased efforts to protect the city against any mass-casualty attack.

The Seattle police have four robots ready to put on the the front line in any bomb, poison or other type of mass-casualty scare. The robots -- and the Seattle Police Department -- have been busy in the days since Boston, responding to more than six "suspicious package" calls in the last 48 hours. Jim Hanson of the Seattle bomb squad said the recent scares are to be expected following a tragic event.

"If we can use a robot to solve a problem we don't have to put a bomb tech at risk and put him down range," Hansen said. "We have bomb suits we look at them as protection as we approach and as we leave. If you're on top of a device and it goes, if it has any significant explosive charge you're just going to be dead in a bomb suit." 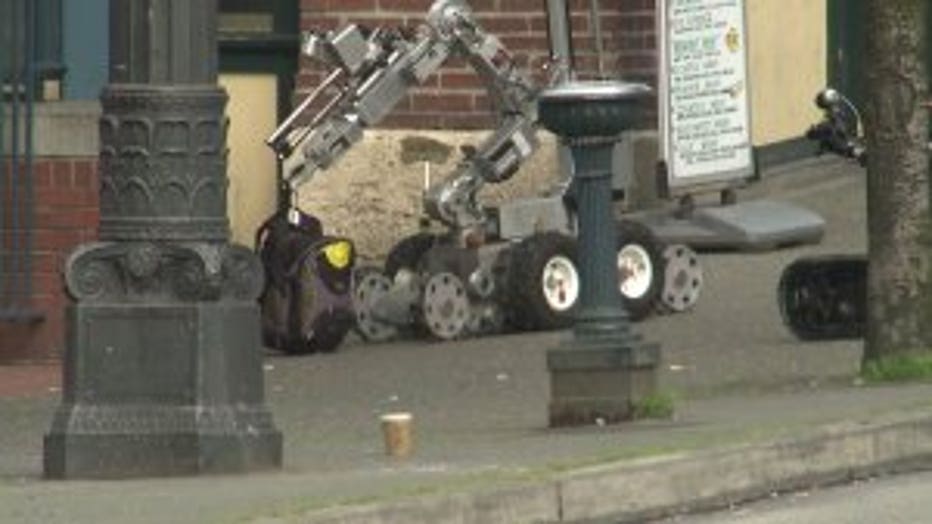 Tuesday, authorities responded to a report of a suspicious package on 3rd Avenue and Yesler Way. Fortunately, Hansen said, the package was nothing more than a hair drier. Still, authorities deployed a bomb portal with 3-inch thick steel walls to the scene. Just in case.

"If we had something that we absolutely had to move because of the area we were in couldn't withstand the detonation, we would put it in this," Hansen said.

Anyone who notices a suspicious package or device is encouraged to call 911.