Can you say best boss ever? Because that’s probably what Spanx employees are thinking after being gifted two first-class plane tickets as well as $10,000 cash by Spanx founder Sara Blakely following a major deal with Blackstone.

On Oct. 21, Blakely, 50, announced to her employees during a work gathering to celebrate the Blackstone deal that she would be rewarding her employees not just with two first-class tickets to anywhere in the world, but $10,000 spending money to enjoy the lavish vacation.

In a video shared on Blakely’s Instagram, the Spanx founder gave an impassioned speech about women navigating the business world and about how she dreamed one day her company would be worth millions of dollars despite naysayers.

"I said this company will one day be worth $20 million," Blakely said through tears. "And everybody laughed at me and I said I really believe that. So to stand here today and think about what we’ve been able to create and what we’ve been able to do by being authentic and kind and deliver amazing products to women, to use very feminine principles in a very masculine space, which is business, leading with intuition, vulnerability, all the things that 21 years ago I thought, ‘Well, let’s just try this and see what happens.’ And I will tell you, I think it’s a really big moment in time for women, and this marks a moment for female entrepreneurs. There aren’t enough women being funded out there, there aren't enough women getting support."

Blakely is seen toasting her employees and spinning a globe before transitioning into her big announcement.

"Why am I spinning a globe?" Blakely is heard asking as people in the background are heard laughing. "I’m spinning a globe because, to celebrate this moment, I have bought each one of you two first-class tickets to anywhere in the world."

Cheers erupted following her announcement and one employee is seen shedding tears, but it didn’t stop there.

In the video, Blakely is then seen holding an envelope before revealing her second surprise. 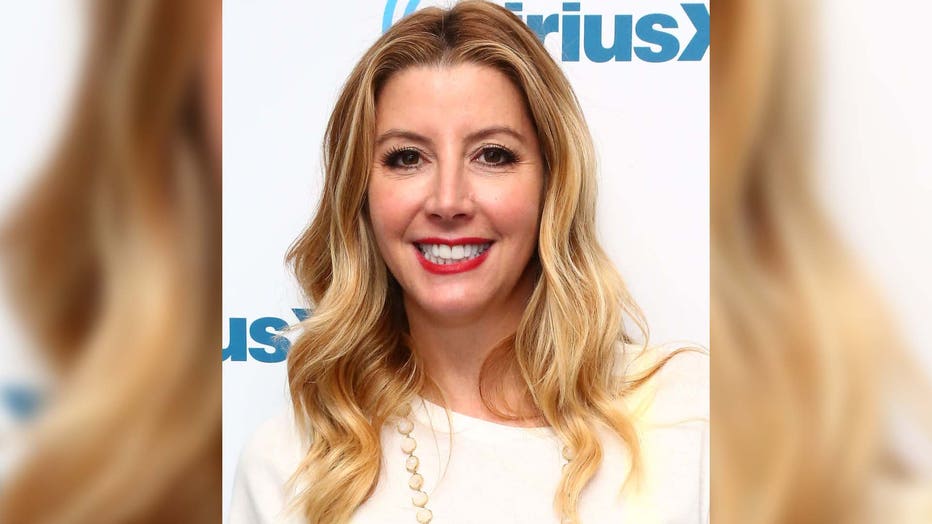 RELATED: Federal government to ask for taxes on app transactions over $600

The video then shows employees sharing where they planned to go after receiving their gifts.

One team member said it would go toward her honeymoon in Bora Bora, another for a South African safari, and another towards an elopement in Sweden.

After Blackstone purchased a majority stake in Spanx Inc., the company’s value went up to $1.2 billion, according to the Wall Street Journal.

RELATED: US unemployment claims fall to 290,000, a new pandemic low

Spanx was founded in 2000 by Blakely, who became a self-made billionaire after inventing the new generation of shapewear and building the brand into a household name. After developing a full line of undergarments that became must-haves for women seeking to smooth and slim their figures, Spanx eventually began offering clothing from activewear to work attire and also offers men's undergarments.

FOX Business and Storyful contributed to this report.