The launch is part of a joint effort with NASA to resupply the International Space Station (ISS) with supplies.

The launch was originally planned for Saturday, but due to weather, was pushed to late Sunday morning. The rocket successfully lifted off at 11:17 a.m. from Launch Complex 39A at Kennedy Space Center. 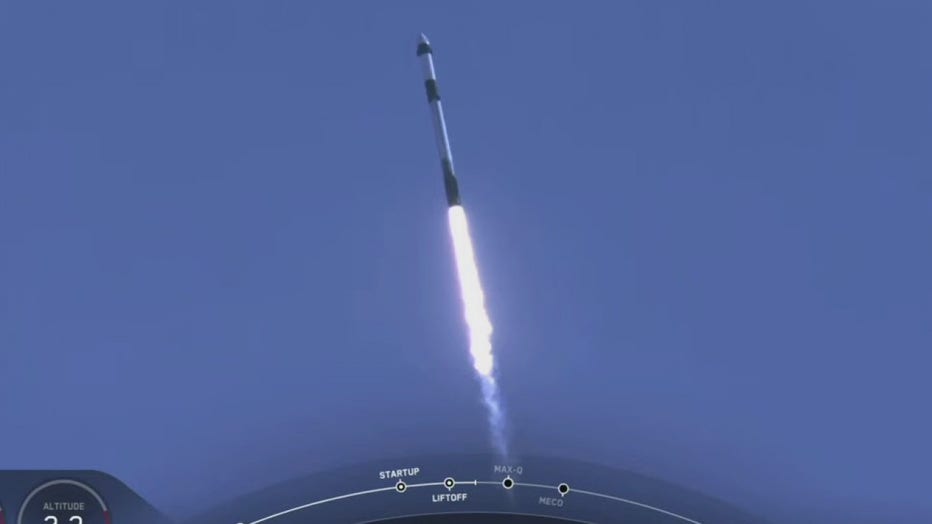 This mission hits several milestones for both SpaceX and NASA, including:

Dragon is reportedly on the way to the ISS and will autonomously dock there on Monday. It will remain at the space station for 30 days before going back with more supplies.

The 6,400-pound shipment includes billions of microbes and crushed asteroid samples for a biomining study, a new medical device to provide rapid blood test results for astronauts in space, and a privately owned and operated chamber to move experiments as big as refrigerators outside the orbiting lab. Forty mice also are flying for bone and eye studies, two areas of weaknesses for astronauts during long space stays.

Another SpaceX launch is said to be planned for Thursday as well. They will bring a Sirius XM satellite into orbit.

Watch the launch when it happens on FOX 35 Orlando.