Study: Southern resident orcas turn to other fish when Chinook salmon is scarce

Recent studies show that the southern resident orcas over the years have turned to other food sources amid fewer salmon numbers this past year.

SEATTLE - Findings of a 13-year study on the diets of southern resident killer whales showed that when Chinook salmon were scarce, the orcas turned to other fish to supplement their diet.

Researchers collected and analyzed 152 samples of feces between 2004 to 2017 in the Salish Sea and outer coastal waters. The found Chinook salmon was always the prey of choice year-round, but their population is threatened. too.

When Chinook salmon weren't as available, especially in the fall months, they only made up 50 percent of the orcas' diet. The study showed that the orcas instead would turn to Chum salmon in Puget Sound. On the outer coast, halibut, lingcod, and steelhead played a role in their diet.

During the spring, chinook salmon made up nearly 100 percent of their diet, and about 70 to 80 percent in the mid-winter to spring months.

Chinook salmon is still the most important prey for killer whales and its abundance has been associated with orcas' survival and ability to spawn. But for years, the southern resident orca population has been declining. 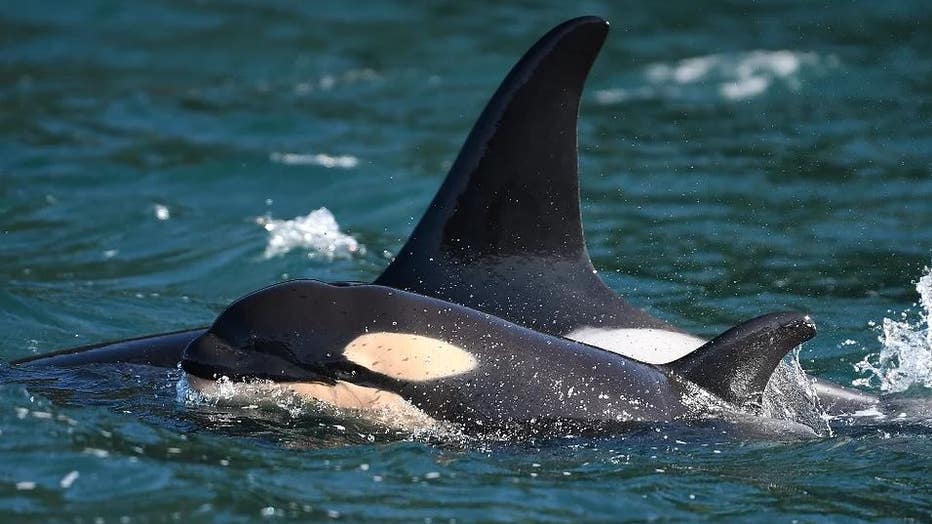 Currently there are only 74 whales in 3 pods. Northern resident orca populations have been increasing and currently have about 300 whales.

NOAA Wildlife Biologist and author of the study, Brad Hanson, said there may be potential competition for mature Chinook salmon between the two residents.

"In many cases, specifically for the Columbia River and Fraser River, those fish are maturing far to the north, so as fish are coming down the continental shelf route for their returns, those northern residents are going to have the first access than southern residents do," said Hanson.

Hanson said in order to revive the southern resident orca population, it's important to increase the availability of Chinook salmon and the other species they prey on.

The study says increased production of hatchery fish could help, but comes with risks. What would be the most helpful is increasing the diversity of hatchery stock in the winter months.

Long Live The Kings, an organization that has been working to restore wild salmon and steelhead to save southern residents for years, says hatchery programs should be carefully managed.

"It's not good enough to just return a ton of hatchery fish in August. We have to be returning hatchery fish throughout their range in places and times and in the sizes they're looking for, whether that's a chum salmon, coho salmon, chinook salmon, steelhead, or trout. We need to manage for that if we want our killer whales to recover," said Executive Director of Long Live The Kings Jacques White.