J35, or Tahlequah, gives birth to calf after losing baby calf two years ago and carrying it over 1000 miles in the Salish Sea.

The orcas were spotted just off of the San Juan Islands this weekend, not far from their pod, Pacific Whale Watch Association said in a statement on Sunday.

The birth is a significant silver lining for the 22-year-old Southern Resident orca, who lost her previous calf  just two years prior. Tahlequah, the southern resident, made national and international headlines when she carried her dead calf for 17 days and more than 1,000 miles. 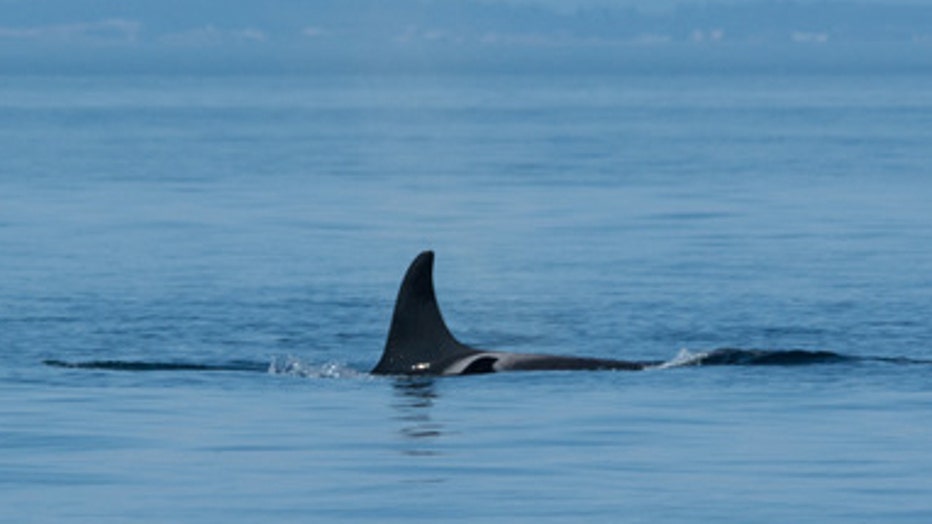 "As we were watching the greeting ceremony between J and L pods unfold Saturday, it felt like a special day on the water,” said Sarah McCullagh, a professionally trained captain and naturalist for San Juan Safaris of Friday Harbor.

“We first saw J35 and her son J47 off by themselves away from the main group, then as we watched we quickly realized that there was a very small fin tucked in next to them. We called the Center for Whale Research over to investigate and sure enough they confirmed that J35 had a new calf J57. I was obviously elated, so excited for J35 after the incredible loss she suffered a couple of years ago, but also for the Southern Resident community as a whole. I definitely cried," said McCullagh.

Tahlequah was first spotted pregnant in July, as scientists discovered the news with drone aerial footage of the orca in Puget Sound.

Center for Whale Research researchers confirmed the new Jpod gave birth this weekend, but remain concerned for the calf's wellbeing do to the decrease in Chinook salmon in the Salish Sea, a critical food source for the species to survive.

Successful births tend to be less common due to the overfishing and reduction in salmon habitat through the region over the decades, PWWA says.

PWWA says the killer whales have been finding critical food sources off the Swiftsure bank and Chinook salmon habitats to the north. Researchers also say robust and healthy looking whales tend to find more sustainable food sources in the outside areas of the Salish Sea.

Officials ask those on the water to keep a safe distance from the orcas.