Video from above California fire

Video from above California fire

At least 150 structures have burned so far, fire officials said. There was no immediate word whether the structures were homes or businesses. More than 27,000 people have been evacuated and one firefighter was injured. There was no word on the extent of the injuries. 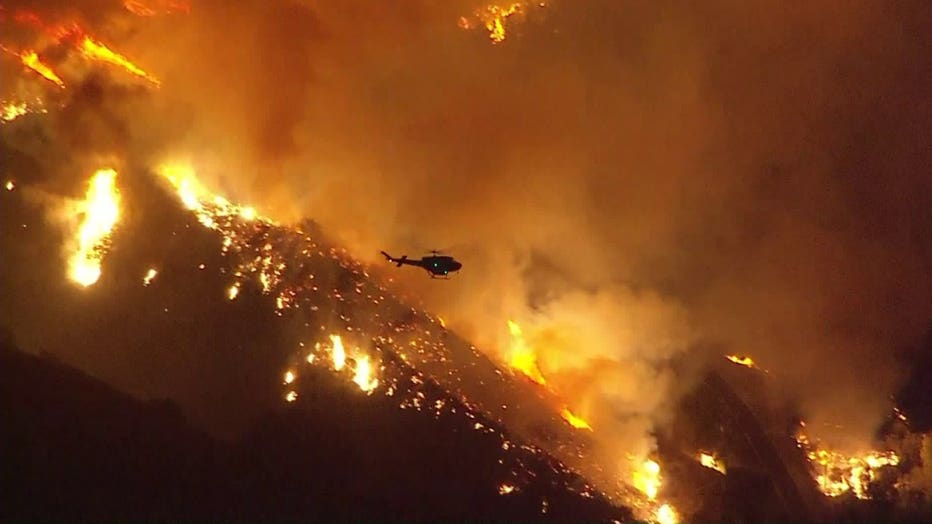 The winds were pushing it toward Santa Paula, a city of some 30,000 people about 60 miles (97 kilometers) northwest of Los Angeles. Many of the evacuated homes were in that city.

However, evacuation orders were expanded to houses in Ventura, which is 12 miles (19 kilometers) southwest and has 106,000 residents.

"The fire growth is just absolutely exponential," Ventura County Fire Chief Mark Lorenzen said. "All that firefighters can do when we have winds like this is get out ahead, evacuate people, and protect structures."

Thomas Aquinas College, a school with about 350 students, has also been evacuated, with students going to their own homes or to those of faculty and staff, the college said in a statement.

One person was killed in an auto accident associated with the fire, officials said. They gave no further details.

Winds exceeding 40 mph and gusts over 60 mph have been reported in the area and are expected to continue, the National Weather Service said. Fire officials said the winds increased overnight.

Firefighters from neighboring Los Angeles and Santa Barbara counties were pouring in to help.

Nearly 180,000 customers in the Ventura county area were without power, Southern California Edison said on Twitter.

All schools in the Ventura Unified School District will be closed on Tuesday.