PEMBROKE PINES, Fla. - A teacher at a South Florida elementary school ended up in the hospital after she was attacked by a 5-year-old student in her classroom, police said.

However, charges against the child are not likely because the boy is "under the age of reasoning," Pembroke Pines police told WPLG Monday.

According to the police report, "The incident began when two students in the classroom, 4 and 5 years old, began throwing things around the classroom and at the teachers along with flipping the chairs."

Several faculty members split up the students, and the teacher brought the 5-year-old into another room.

Staff members then heard the teacher using her school radio, saying she needed help. According to WPLG, the boy attacked her in what the school called the "cool down" room, using his fists and feet to beat the teacher.

By the time an officer arrived, they found her sitting on the ground against the wall, appearing to be in a "faint state." 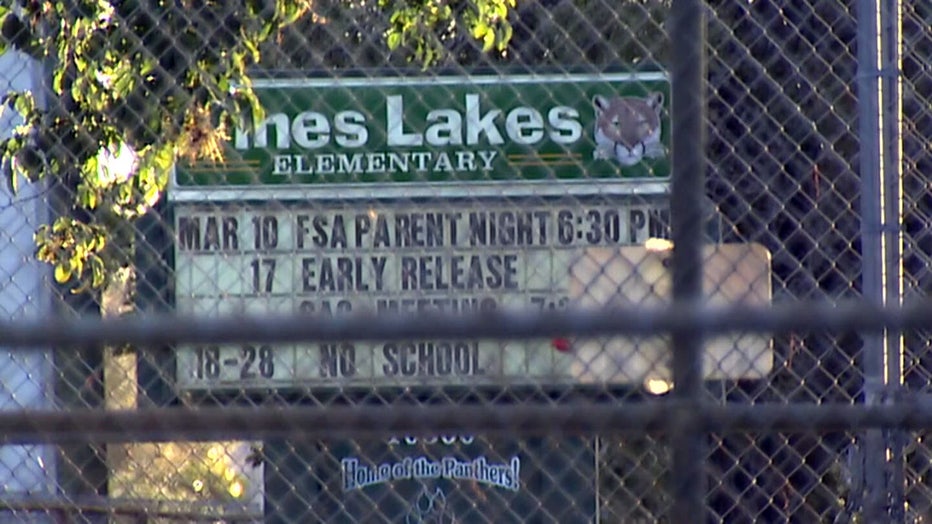 The officer said he immediately "helped hold her up as she was clearly weak and dazed." Once she began "coughing and dry heaving," he wrote that he laid her back down on her side and held her head up straight in order to maintain airflow and keep her from choking.

While the officer noted that the teacher was blinking and breathing, he noted that she was otherwise "unresponsive," saying that at no point was she able to "vocally respond or show signs of a response."

The teacher was taken out of the school on a stretcher and transported to a nearby hospital.

One parent, who did not want to be identified, told WSVN that her child is in the same class, and said it is a special needs classroom.

She said it's not the first time a violent outburst has happened involving the same two students, saying another student previously went home with a black eye.

"You continuously get this from one student, one, two students, it’s an issue," she said to WSVN. "This is not the first time that this has happened at this school, in this classroom. I feel like there needs to be the proper support. This is a special needs class; however, they’re not equipped to deal with things like this."

The parent said she wants something done so this doesn't happen again.

An update on the teacher's condition was not available.