EVERETT, Wash. -- Soon you’ll start seeing fireworks booths popping up across the area, but there’s a new push to get a fireworks ban in unincorporated Snohomish County. 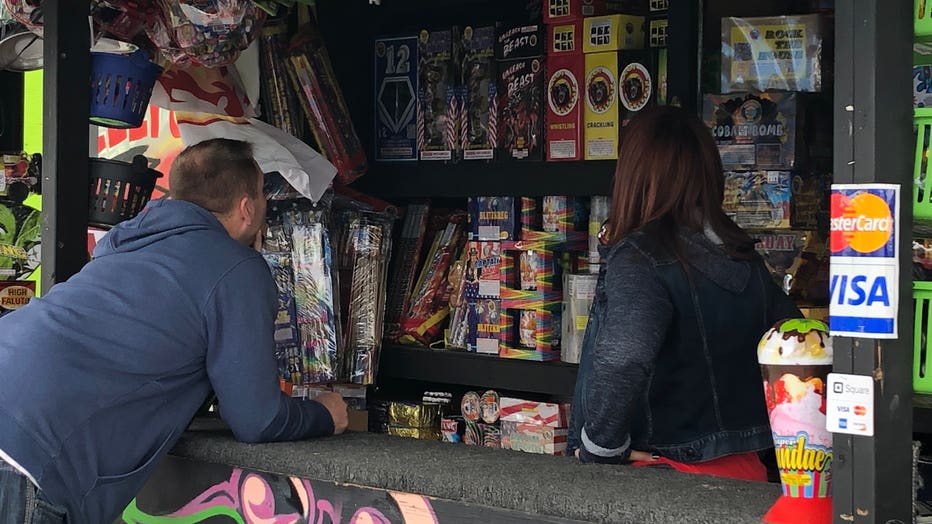 “It is kind of a staple for Americans on the Fourth of July to do fireworks,” said Black Magic Fireworks Jen Bontempo.

While area fireworks booths can’t open up for another week or so, Boom City is already open at the Tulalip Reservation and getting wind of a potential ban in unincorporated Snohomish County.

“There are a lot of safety precautions on fireworks, and knowing what you’re doing.  Don’t let kids play with it. Make sure someone just knows how to light them,” said Bontempo.

Hynes points to dozens of fireworks horror stories highlighted in the petition they sent to the county council.

“It’s more densely populated. The aerial fireworks you really cannot control where they go or where they’re going to land. They could land on your neighbor’s roof and start a fire; we’ve seen that happen,” said Hynes.

A homeowner in unincorporated Snohomish County recalls the damage done to a neighbor’s home after a firework landed on the roof.

“He almost died in that fire. He grabbed his wife, went into the garage and crashed through the garage door to get out,” said one neighbor.

Despite the dangers, some organizations sale fireworks for church fundraisers or for charities.  Hynes says they’re already hearing backlash.

“I know that on social media there’s been some push back,” said Hynes.

Back at Boom City, Jenn says they’ve lost some customers but always manage to see new faces despite more bans in place.

“There are a lot of things out there that we’re allowed to do that people don’t agree with, but fireworks are fun its American and should be part of your fireworks Fourth of July,” said Bontempo.

South County fire officials will present the ban to the county council at its June 26th meeting.  But if approved, the ban won’t likely happen until July 2021 because county ordinance says all bans have at least a one year period before they go into effect.