Sounders, Mariners use platforms to focus on gun violence

The Seattle Sounders are using their platform to make a statement on gun violence.

On Sunday night, ahead of their 2-1 victory against Charlotte, the team came onto the pitch wearing orange jerseys – a nod to the Wear Orange campaign meant to put a stop to gun violence.

The move comes after an emotional week. People from around the country watched in horror as investigators in Uvalde, Texas detailed how 19 children, and two teachers died in an elementary school shooting.

Parents attending Sunday night’s game told FOX 13, they are happy the Sounders are using their platform to make noise.

"Gun violence is taking off to a level that I’ve never seen before," said Raydell Simpson, a Tacoma resident who owns a business on Hosmer. "I’m happy to see them use their platform to trying to bring more awareness to these situations."

Sounders FC Owner Adrian Hanauer spoke about the devastating attack on Texas during the Sports Star of the Year awards. This weekend, he noted that local teams need to use their platforms to create change. 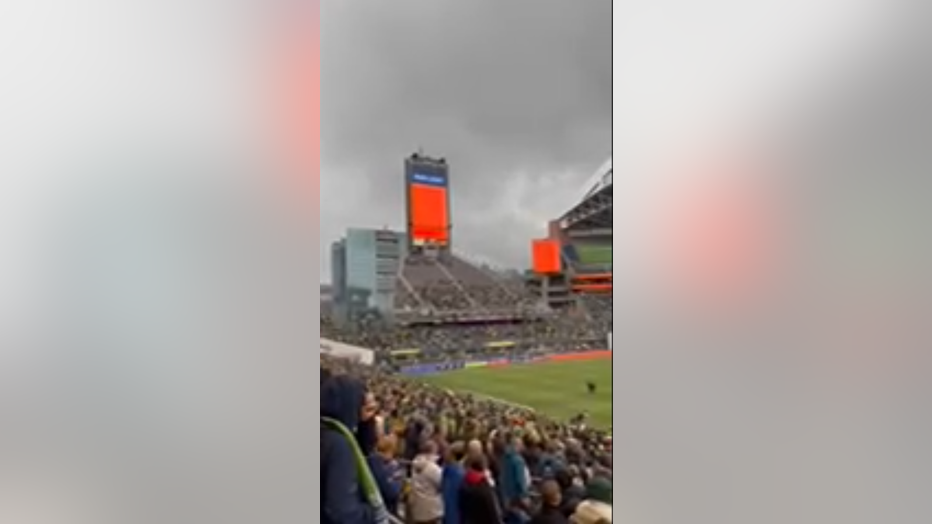 The Sounders came onto the pitch on Sunday night in orange to raise awareness about gun violence.

"While we come to this challenge from different backgrounds and viewpoints, we are all devastated by what we have seen this week," said Hanauer. "If we can save one family from going through the absolute agony and turmoil that they are going through right now in Texas, it will have been worthwhile."

The Wear Orange movement that the Sounders are taking part in links back to a deadly 2015 shooting that killed 15-year-old Hadiya Pendleton. She was killed while at a Chicago playground – the color orange is worn, just as hunter’s wear it to stay safe in the woods.

National Gun Violence Awareness Day will be held next Friday, with "Wear Orange Weekend" running from June 3rd through June 5th. Both T-Mobile Park and Lumen Field are expected to be lit orange to honor survivors of acts of violence.