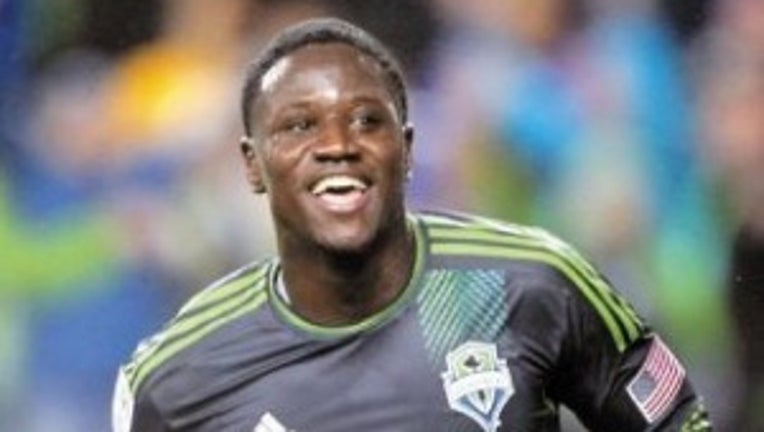 The World Cup veteran, who will join the U.S Men's National Team for a pair of friendlies and three World Cup qualifiers, scored the opener with a quality half-volley in the 16th minute, before burying the winner that killed off a resilient FC Dallas side in the 62nd. Johnson's two-goal effort was the ninth multi-goal game of his MLS career, and first since September 8, 2012. He leads the team with four league goals and five goals across all competitions, and is now 24th on the all-time scoring list with 59 career MLS goals.

EA Sports FIFA 13 Ultimate Team is the popular game mode within EA Sports FIFA that reflects the best recent real-world performance of the world's best players. More then 3.4 million games of FIFA Ultimate Team are played daily, and over 17 million footballers are transferred through the transfer market on a daily basis, as millions of fans re-shape their squads based on the real-world performances of their favorite players.

Each week, the world's top performing players are selected to the FIFA 13 Ultimate Team of the Week and receive an "in form" item that increases the players's attributes. Fans have the opportunity to build a squad with Team of the Week players and then compete with those players on their FIFA Ultimate Team online against millions of other fans around the world on the Xbox 360 videogame and entertainment system and PlayStation3 computer entertainment system.

The full EA Sports FIFA 13 Ultimate Team of the Week can be found at http://www.ea.com/soccer/fifa-ultimate-team/show-off#kOnOmwjtnJA1m:pc