The Seattle Sounders and head coach Brian Schmetzer have reached agreement on a multiyear contract extension.

"It is with great pride that I will be able to continue coaching a club with such a rich history, winning tradition and positive community influence," said Schmetzer. "I’d like to thank club ownership for this opportunity, as well as all of the current and former players, coaches and staff that have helped build something here I’m very proud of. Lastly, I’d like to thank the fans, who fuel everything we do inside of this club. Seattle is my home and I couldn’t be happier to be staying put."

Schmetzer has led Seattle to four MLS Cup appearances, including two titles, since taking over in 2016. The club won the MLS Cup against Toronto FC in 2016 and 2019. 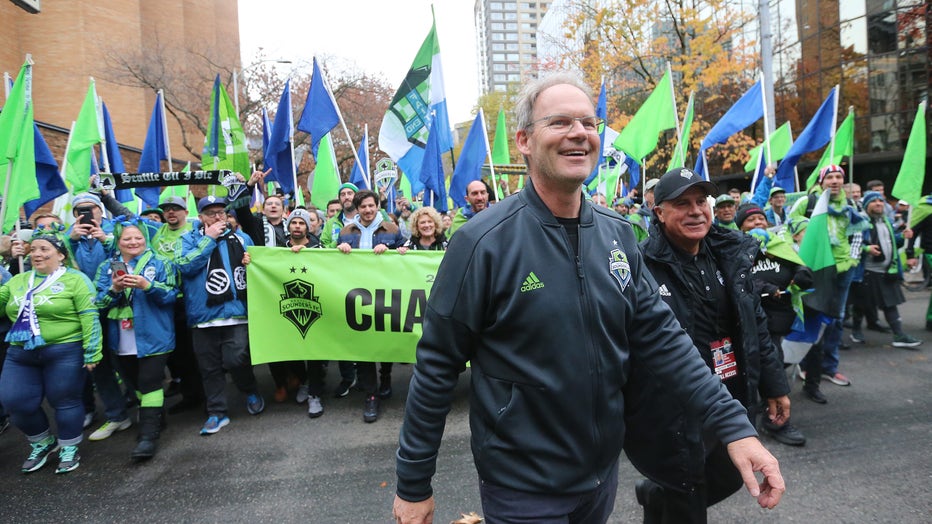 "Brian Schmetzer and I have an almost 20-year history of working together. Although I never doubted Brian would be back in 2021 and beyond, I am grateful that he will continue to lead Sounders FC for years to come," said Sounders FC Owner Adrian Hanauer. "Brian cares deeply for our club and community, he has a deep understanding of our culture and traditions, and no one is better poised to build upon the organization’s recent success."

Prior to being head coach, Schmetzer served as Top Assitant Coach under Sigi Schmid. Schmetzer also spent 15 seasons as a professional player after graduating from Seattle's Nathan Hale High School.

"I never had any doubt that Brian Schmetzer would be our Head Coach, but it’s exciting to officially announce his extension and get to work going forward," said Sounders FC General Manager & President of Soccer Garth Lagerwey. "Brian’s track record speaks for itself, and his connection to this club and this city is immeasurable. I look forward to the seasons to come."

Commentary: Contract extension is expected, but no reason to hesitate any longer to re-sign Schmetzer