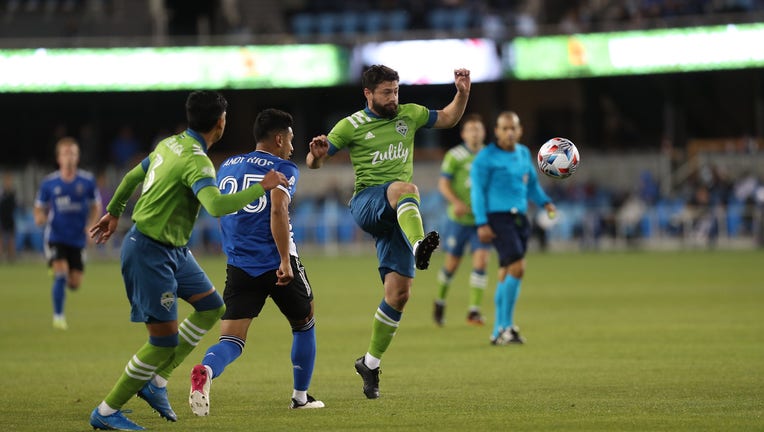 The Sounders (4-0-1) have matched their best start in franchise history, previously accomplished in 2019, but it could end up being a costly victory.

Goalkeeper Stefan Frei sustained what appeared to be a serious left leg injury landing awkwardly while attempting to make a save late in the second half. Frei was down for several minutes before being helped to the locker room putting no weight on the leg.

Out of substitutes, the Sounders placed winger Alex Roldan in goal for the closing minutes. Roldan made a pair of saves in the final minutes to help secure the victory.

Roldan scored his first goal of the season when a clearance attempt came to his feet outside the 18-yard box. He settled it with his right foot and sent in a shot from distance with his left.

Seattle is unbeaten in 14 straight matches against San Jose — with eight victories — dating to September 2015. It’s the longest active unbeaten run in a MLS series.