SEATTLE - Sound Transit employees in 2021 will check with light rail and Sounder commuter train passengers to see if they’ve paid their fare, but they won’t penalize those who don’t.

Fare engagement ambassadors will instead focus on educating travelers who don’t pay about options and issue warnings as part of a pilot program, The Seattle Times reported.

The ambassadors will replace the contracted fare-enforcement officers and will receive training in conflict de-escalation and implicit bias.

The pilot program is set to begin this spring and comes after Sound Transit data showed Black passengers are cited and punished disproportionately by fare enforcement efforts.

The agency says the goal is to improve riding conditions. 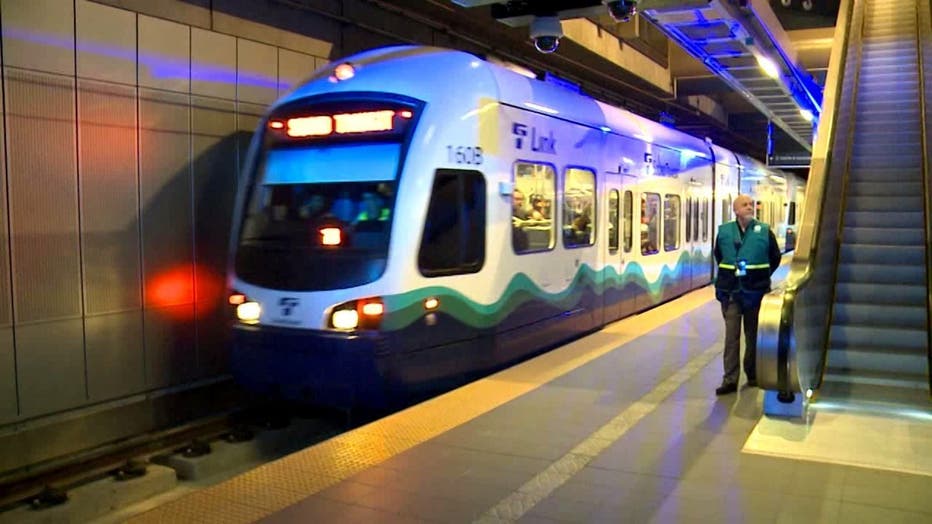 "We are excited to see Sound Transit move forward with a fare ambassador program," said Kelsey Mesher, advocacy director for Transportation Choices Coalition. "This is an approach that helps people pay their fare and ride trains as opposed to punishing people because they can’t afford it."

In a Sound Transit Board of Directors meeting Thursday, members also approved recommendations for an updated fare-enforcement policy that could go into effect after the pilot program ends.

The recommendations include increasing to two the number of warnings a passenger receives in 12-months before being cited, updating fare collection guidelines during extreme weather, and no longer involving law enforcement in fare-evasion only situations.

Sound Transit is also considering lowering the cost of a ticket for failing to pay from $124 to $50.