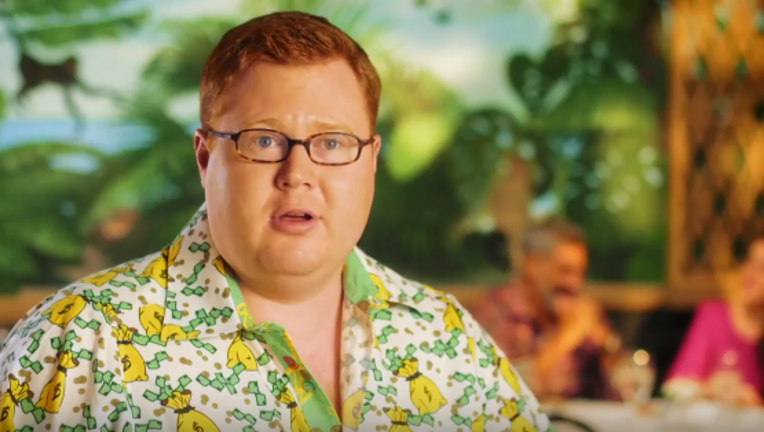 Wyatt Koch, the billionaire's heir who designed the moneybag shirt he's seen wearing, is suing his ex-fiancee to get a $250,000 engagement ring back. (YouTube)

A billionaire's heir is suing his former fiancee to get a $250,000 engagement ring back, the Palm Beach Daily News reports.

Wyatt Koch, Florida fashion designer and son of Bill Koch, paid $180,000 for an 8.24 carat diamond ring for Ivie Slocumb in March, but Koch's lawyer says it was recently appraised at a quarter of a million dollars. According to Page Six, the lawsuit, which was filed Tuesday, claims Slocumb ended the engagement in May.

Koch has asked for the ring back multiple times, but Slocumb hasn't returned it, the lawsuit claims. “She received the ring as a conditional gift," the lawsuit states. "She refuses to return it despite proper demand." In addition to the ring, Koch is seeking $15,000 in damages. His father is reportedly worth approximately $1.7 billion.

The engagement ring drama has drawn attention to Koch's clothing line, which the internet has found itself far more interested in. The Cut calls Koch's shirts "terrible beyond your wildest imagination" and one covered in moneybags in particular as looking "like something a cigar-chomping fat cat would wear on Casual Fridays." Spin adds that Koch's shirts are "fit for an extra from Caddyshack" and look like "the busy shirts a middle-manager who fancies himself the office comedian wears on casual Friday."

Both publications note the tone-deafness of a billionaire's heir talking about the importance of believing you can do anything in a video interview about his clothing line.