TACOMA -- A Tacoma man is charged with stabbing his mother to death and a man was shot and killed in two separate homicides over a 24-hour period. 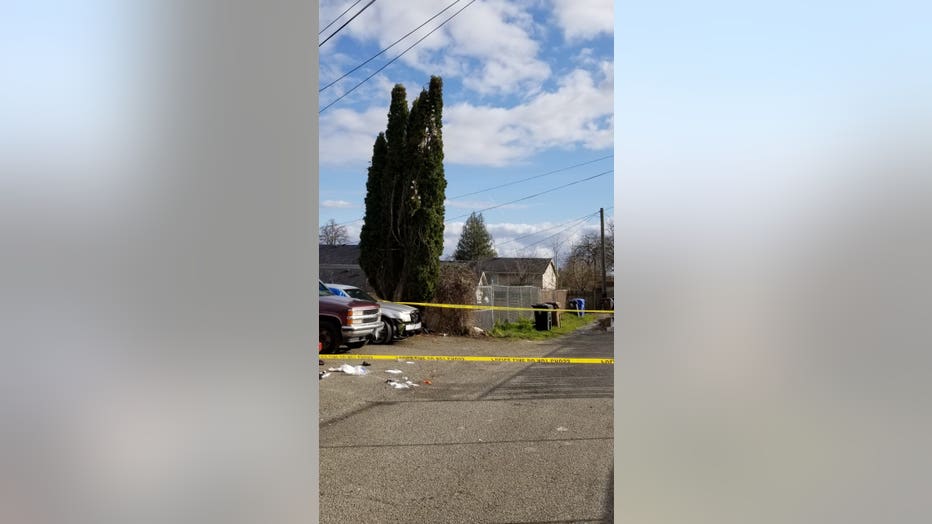 According to Tacoma Police, officers responded about 3:45 p.m. Tuesday to a disturbance at an apartment in the 1800 block of South 82nd Street. When they arrived, they found a 61-year-old woman dead. She has since been identified as Sarann Suong, according to court documents.

Her 30-year-old son, Larry Suong, has been charged with first-degree murder and pleaded not guilty to her death. He's in jail on a $1 million bond.

Police said Sarann Suong had just walked in her front door when her son attacked her, stabbing her multiple times in her face, head and neck.

According to court documents, her son said he stabbed her because he was not going to allow her to yell at him on that particular day. Neighbors told The News-Tribune that Sarann was a nice woman, but her son often caused trouble around the complex.

About 24 hours later on Wednesday, March 11, an officer was flagged down in the 700 block of South 16th Street by a passerby who reported a fight in a nearby alley. The officer went to the alley in the 1500 block of South Yakima Avenue and found a 32-year-old man with a gunshot wound to his leg.

He was taken to a hospital and later died of his injures.

As of Thursday, police had not identified any suspects.