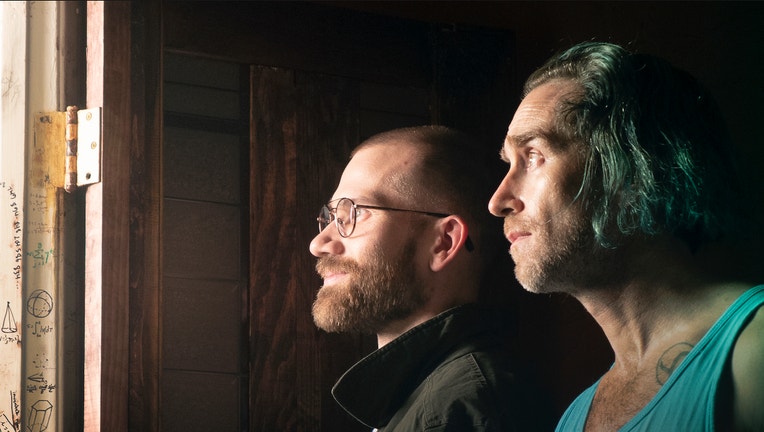 CHICAGO - Editor's note: This review originally ran as part of our coverage of the 2022 Sundance Film Festival on Jan. 23, 2022. It has been expanded and republished in light of the film's debut in theaters.

Justin Benson and Aaron Moorhead are masters of DIY filmmaking. As the duo proved with "Resolution," "Spring"and "The Endless," they’ve got more than a little knack for crafting intelligent and original low-budget chillers that benefit from organic, impeccable special effects. (Subtract the words "low budget" and the same can be said of their work on Marvel’s "Moon Knight.") For their latest project, the pair took advantage of the isolation resulting from the COVID-19 pandemic to craft a wily, darkly comic tale about creative collaboration and the ineffable electricity of life in Los Angeles.

In some respects, "Dirt" feels like their previous works: on-the-fly films about fractured male bonds that are complicated by the intrusion of the Lovecraftian — in this case, it’s two neighbors who witness what seems to be a supernatural event inside their apartment building. There are also some meta-textual links to the rest of their filmography (squint closely, and you may find connections to "The Endless" here and there). But their focus is more personal and specific, highly attuned to the eccentricities of LA life that they know so well — from the Santa Ana Winds to coyote sightings to the strange history of Laurel Canyon (where the filmmakers reside and pulled together this project on the fly).

About "Something in the Dirt": A conspiracy theory buddy comedy 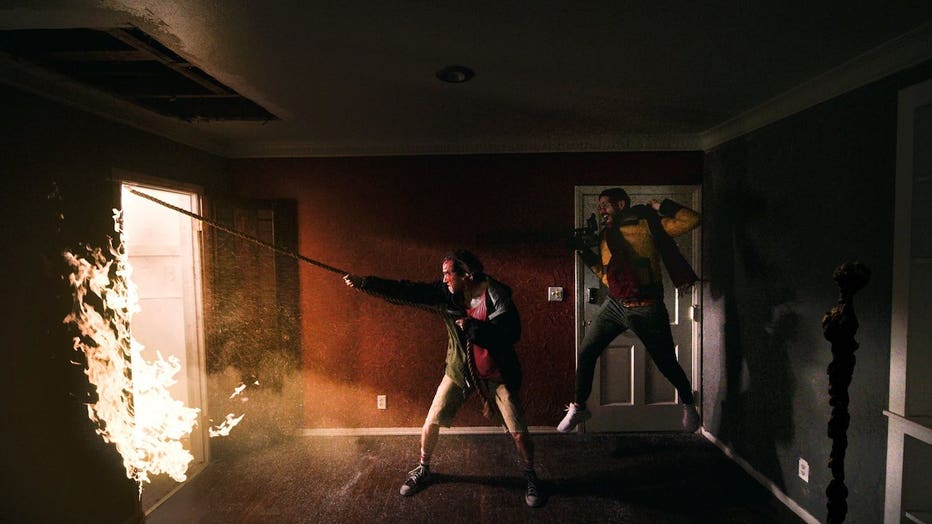 It’s also Benson and Moorhead’s most overtly comedic film, turning their characters’ search for the supernatural into a "Disaster Artist"-like tale of two misfits coming together and clashing over their disparate personalities and artistic sensibilities. (It’s not long before "Something in the Dirt" adopts a pseudo-mockumentary format, complete with interviews with some of the six editors they’d hire and fire before the project’s completion.)

Benson and Moorhead map out a host of twists and turns across these two hours: drug addiction, public urination, numerology, the list goes on. But that helter-skelter approach is part of the charm — after all, it’s a movie about two losers who fall down a rabbit hole of conspiracy theories, losing themselves in delusions of grandeur and a creative project that might just swallow them whole. Is there a better encapsulation of how many of us spent our COVID lockdowns: desperate for connection and purpose, for something to do, and following that need wherever it leads us?

About the writer: Clint Worthington is a member of the Chicago Film Critics Association. He is the founder and editor-in-chief of The Spool, and a Senior Writer at Consequence. You can find his other work at Vulture, Nerdist, RogerEbert.com, and elsewhere.

Make it a double feature with "The Endless," streaming free on Tubi

The Endless (2017): Directing duo Justin Benson and Aaron Moorhead specialize in lo-fi, high-concept indie sci-fi. And "The Endless," about two brothers who return to the UFO cult compound where they grew up after receiving a mysterious VHS tape in the mail, may be their finest film to date. It’s a well conceived and ingeniously shot mindbender of a movie, incorporating mystery spots, time loops and unseen energies that defy the laws of physics into a story where you actually care about the characters as well as the uncanny forces shaping their fates. Rated TV-MA. 111 minutes. Dir: Justin Benson and Aaron Moorhead. Featuring: Justin Benson, Aaron Moorhead, Tate Ellington, Callie Hernandez, James Jordan.

"The Endless" is streaming free on Tubi — get the app

How to watch "Something in the Dirt"

"Something in the Dirt" arrives in select theaters on Nov. 4 and will be available On Demand starting Nov. 22.