A family is looking for their English bulldog Chunks, who was stolen near the Seattle/Shoreline area.

SEATTLE - "Chunks" the English bulldog was returned to his family by the thief who stole him in North Seattle earlier this week. 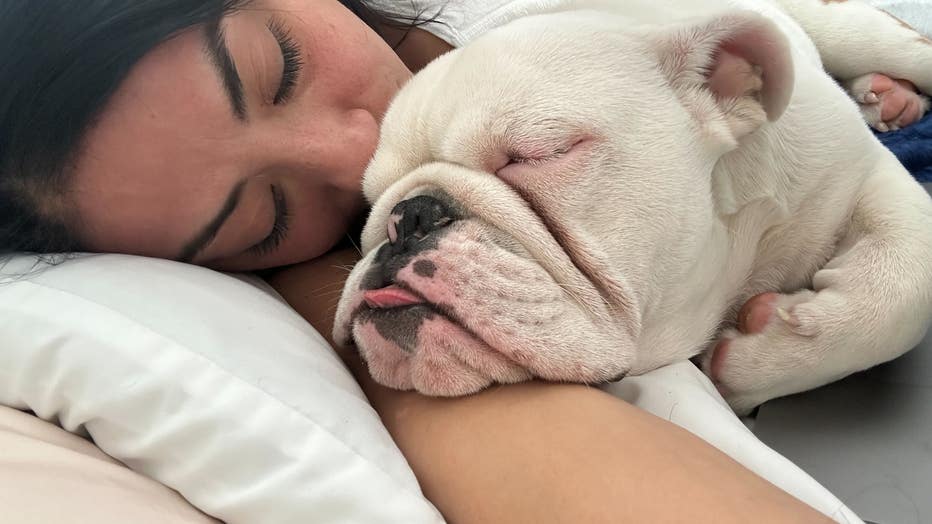 Initially, Olivares was concerned about Chunks' health, but when he was returned, he was a little heavier than usual. In her words, "Chunks has gained a little weight, so it seems he was taken care of." 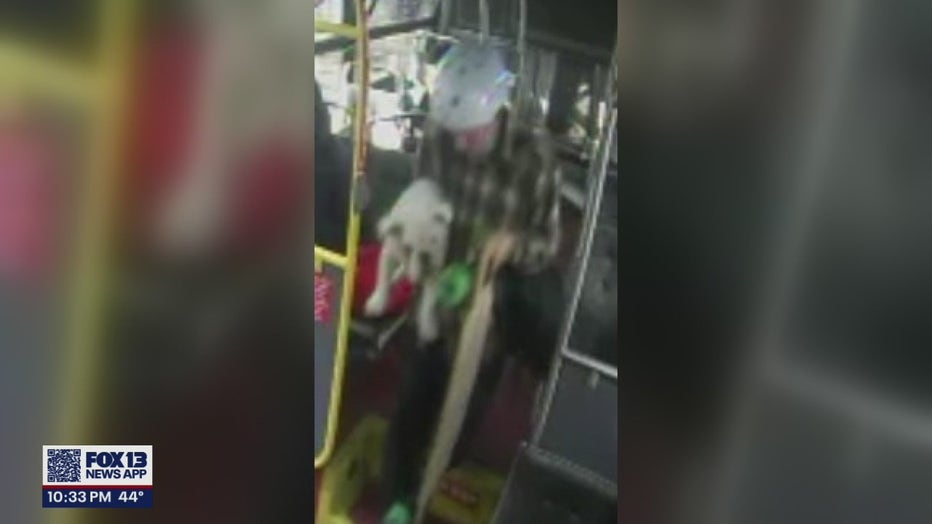 On Nov. 20, business owner Eduardo Ponce said he brought Chunks and another dog "Lucha" to play around JE Wheels and Accessories on Aurora Ave. Ponce said Chunks got loose, and a man was seen on surveillance footage picking up the dog and getting on a bus.

"The suspect waited for the perfect time to get him and go away with him," Ponce said.

Ponce said around 1:42 p.m., a man dressed in a black and white plaid shirt, dark jeans and a helmet was seen on camera playing with Chunks.

"He's just going back in circles and picks him up right when the bus is approaching," Ponce said.

Surveillance cameras from inside the bus show what appears to be the same man carrying Chunks.

Shoreline Police say he got off the bus about a half hour later. It's unclear where he got off.

"He's a member of my pack. When I realized that he was gone, I stopped breathing for a second, like I felt like I was dying, like someone took my baby away," Ponce said.

Veronica Olivares, Ponce’s sister and Chunks' owner, is concerned about his health after she says his immune system took a dip a few months ago.

"It's really cold and he has pneumonia-- they should want to make sure his lungs are okay, he's our baby," Olivares said.

Ponce said he’s been sleeping in his car, driving around tirelessly looking for Chunks.

"We got holidays coming up and my baby needs to come home," Ponce said.

The siblings rushed to social media, sharing pictures and asking for the community’s help to bring Chunks home.

Chunks is a mostly-white English bulldog puppy with light brown spots toward his rear. His eyes are bright blue but his left eye has brown on the top half of his iris.