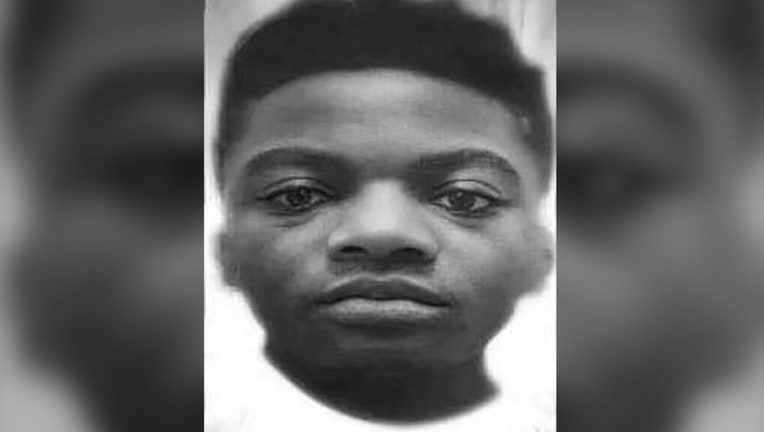 His name was Quawan Charles. He also went by Bobby. The Louisiana teen’s family wants answers after he was found dead several days after being reported missing.

"This is a nightmare," Charles' mother, Roxanne Nelson, told the Associated Press, adding that she's heard conflicting accounts of what preceded her son's disappearance. "I've had to go on a wild goose chase just to get information."

Nelson reported her 15-year-old son missing to Baldwin Police on Oct. 30 in Saint Mary’s Parish after Quawan wouldn’t answer his phone, according Chase Trichell, an attorney for the family. Trichell said Quawan left his home with a White friend and his mother without Nelson’s permission.

Trichell said Baldwin officers were dismissive of the case, even suggesting he may have gone to a football game.

“You have a missing 15-year-old. A missing Black boy. There’s no Amber Alert issued. They don’t do a manhunt. They don’t contact the media for help,” said Trichell.

On Nov. 3, deputies with the Iberia Parish Sheriff’s Office found a boy’s body outside of the village of Loreauville off of Ed Broussard Road. Public Affairs Director Katherine Breaux said the law prevents investigators from revealing or confirming the decedent’s name. But a preliminary autopsy report released Friday identified the body as that of Quawan Charles.

A Louisiana family wants answers in a teen's disappearance and death.

“His body was brutalized. His lips are almost non-existent. There’s a laceration on his forehead... his entire face is disfigured,” said Trichell. He said the family took the picture of Quawan’s body to raise awareness about his suspicious death.

(WARNING: This GoFundMe link contains graphic images of Quawan Charles' body shared by his family. The family has requested that the photo be made public to raise awareness about Quawan's death.)

In the Iberia Parish Coroner’s Office’s preliminary autopsy report on Quawan, the coroner ruled that his death showed evidence of a drowning, finding water in his lungs. The coroner also indicated that damage to Quawan’s face came from aquatic animals and his body didn’t show any injuries that came before his death.

The preliminary manner of death was “pending final autopsy results, toxicology, and law enforcement investigation,” according to the coroner’s report.

"I believe he was murdered and I believe somebody tried to cover it up. How, why, we don't know. Folks have made the connection that it was a hate crime. I'm not ready to go there yet — there is much to be learned," said Ron Haley, another family attorney, to the Associated Press.

Celina Charles said she believes it was a murder and a hate crime. “Someone evil did that to him,” she said. Trichell stopped short of saying it was a murder, but said the evidence had the trappings of foul play.

Trichell said his goal is to get justice for Quawan and transparency from the investigators. He also wants to know if proper protocols were followed, asserting that the teen’s death could have been prevented had Baldwin Police acted with urgency.

“We have information that they didn’t ping his cell phone until Nov. 2. Why was it not done on Oct. 30?” Trichell said.

“Both police departments actually failed. I mean, had they followed the proper protocols, Quawan would’ve been here today,” said Charles.

In a Facebook post on Tuesday, Assistant Chief Samuel Wise III said the department was not investigating the death but was looking into "reasons why the deceased juvenile was missing from his residence in Baldwin."

Breaux said deputies have interviewed multiple people and collected evidence from the scene.

The teenager’s death has prompted widespread outrage on social media regarding the lack of information from investigators. A petition was started, calling on Louisiana Gov. John Bel Edwards and Attorney General Jeff Landry to get involved. FOX Television Stations reached out to both offices Friday morning but had not received a comment.

The ACLU of Louisiana released a statement calling for full transparency and an independent investigation into the teen’s death. “The disrespect and lack of transparency demonstrated by local officials in response to Bobby’s tragic and suspicious death is unacceptable,” said Alanah Odoms Hebert, ACLU of Louisiana executive director.

A GoFundMe page was launched to help the family pay for funeral expenses. It had raised more than $204,000 as of Friday — well beyond its initial goal of $15,000.

Quawan’s family wants to put up a cross at the site of his death, but has not yet learned where his body was found. His funeral is set for later this month.

“He would always smile. He was quiet. He was shy,” said Charles.

A protest for Quawan was scheduled for Nov. 14 at 2 p.m. CT in front of the Baldwin Police Department.

This story was filed from Los Angeles.