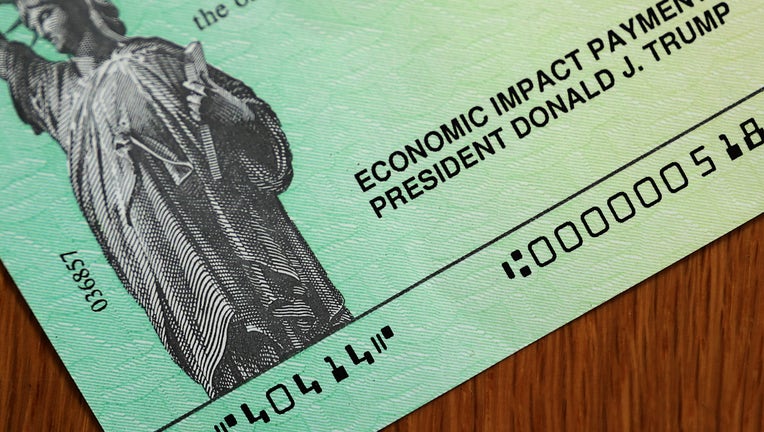 FILE - U.S. President Donald Trump's name appears on the coronavirus economic assistance checks that were sent to citizens across the country April 29, 2020 in Washington, DC.

After months of stalled negotiations, Congress overwhelmingly passed a $900 billion coronavirus relief package that includes a $600 stimulus check for millions of Americans still reeling from the pandemic – if President Trump signs the legislation.

But some American's aren't eligible to receive the cash payment: College students and dependents over the age of 17 won't receive the money, nor will immigrants who don't have a Social Security number. Some higher-earners who received a check during the first round of stimulus payments will also not qualify for the second round.

That's because not only are the $600 checks half the size of the $1,200 payments sent out earlier this year with the passage of the March CARES Act, but the eligibility formula to receive the money is less generous than the first round.

American adults who earned less than $75,000 in 2019 will receive the full $600 check, while couples who earned less than $150,000 will receive $1,200. The payments will be tapered for higher-earners (5% of the amount by which their adjusted gross incomes exceeded the initial threshold) and phased out completely for individuals who earn more than $87,000 and couples who earn more than $174,000.

Still, some individuals could actually receive more money. For instance, dependents under the age of 17 are eligible for up to $600 payments – more than the $500 limit in the CARES Act – meaning that a family of four could receive up to $2,400.

The deal also includes a provision, retroactive to the CARES Act, to expand the checks to mixed-status households, allowing American citizens who are married to foreign nationals without Social Security numbers to receive the aid.

Individuals who have no income and federal benefits recipients are eligible for the full check amount, just like the first round of payments.

It's unclear when – or if – the money will be distributed. Treasury Secretary Steven Mnuchin initially said that Americans could expect to start receiving the checks next week, but that was before Trump threatened to torpedo the entire aid package.

In a video posted to Twitter Tuesday night, Trump called the $600 checks "disgraceful" and urged lawmakers to increase the size of the payments to $2,000. The president did not explicitly say whether he would veto the measure or refuse to sign it, but said that if Congress did not send him revised legislation, "the next administration will have to deliver a COVID relief package."