SEATTLE – Living the American Dream in the Puget Sound will cost you big bucks.  That’s why the perfect house with the white picket fence is an unrealistic dream for many people searching for housing especially in Seattle. 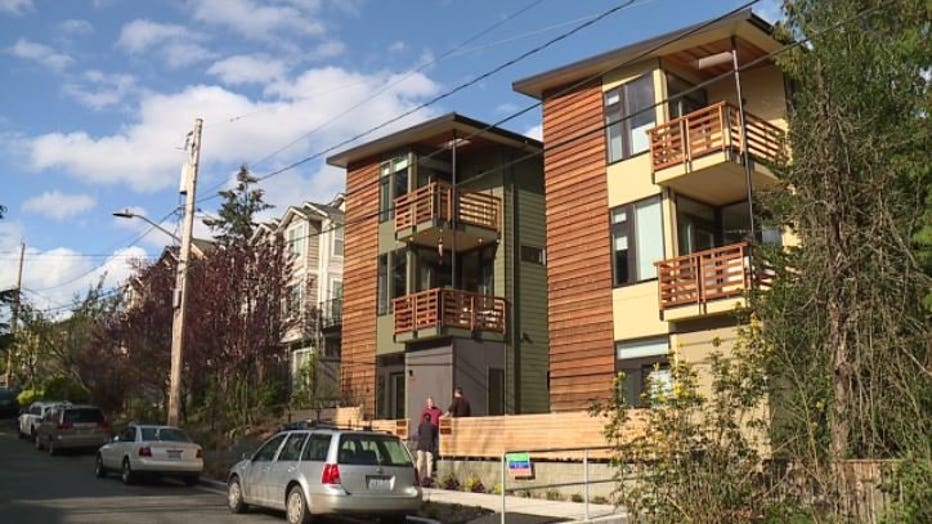 Experts say those soaring prices are why we’re starting to see a growing trend of unmarried couples buying homes together.  It’s called co-buying.

This isn’t about love or romance but all about finances.  Relatives, friends, or groups of people are now deciding to buy a property together largely because they can’t afford a space on their own.

Stats from Zillow show people aren’t waiting for marriage to get a mortgage.  In Seattle, young unmarried couples buying homes together jumped to 14% in the last nine years.  At the same time, single people buying homes alone dropped three percent. 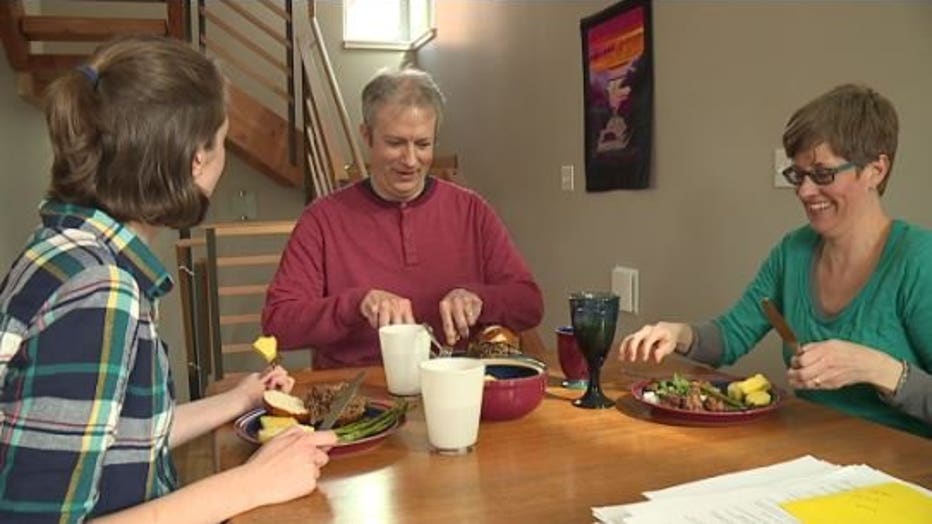 It’s dinner time at the Neufeld house in Lake City.  Their new construction homes offers top-notch amenities.  The journey there started ten years ago when the Neufelds moved to Seattle from Winnipeg with an idea for community on a budget.  Shortly after, they met the Linds.

“We were here for about a year in conversation with them and others living together with other unrelated adults,” said Jonathan Neufeld.

Back in 2008, the Linds and Neufelds in the basement with a separate entrance.

“The idea of sharing the mortgage payment was a huge asset and splitting all the utilities made for a very, very affordable footprint for those years we were living together,” said Neufeld.

Living together in a co-buying relationship and it continues to grow in popularity in Seattle as the growing housing costs soar out-of-budget for many.

“Necessity has been the main driver of the co-buying experience,” said Owner/Broker at Infiniti Real Estate and Development Eva Otto knows firsthand after co-buying with her brother years ago.

“We had a lifetime of trust built up between us and we knew that we both wanted to make a real estate investment so we did it together,” said Otto.

Otto joined a panel of experts at this informational session for website GoCoBuy.com  Co-founder Matt Holmes says you can co-buy on your own.  He started this site to streamline the process, answer common questions, and provide contacts of certified experts who know how to help co-buyers.

It takes you step-by-step from interested buyer to homeowner.  People at all stages were at this informational session including Microsoft Aaron Malveaux.

“I always thought two married people would buy a home together. I never thought unmarried people or just groups of friends could buy homes together,” said potential co-buyer Aaron Malveaux.

That possibility could be Malveaux’s reality as the native Texan gets used to the sticker shock in Seattle.

“Literally homes in Houston cost a fraction of what they cost in Seattle,” said Malveaux.

“This is definitely a great option for me,” said Malveaux.

But Holmes insists money should be the only concern.  GoCoBuy.com poses more challenging and uncomfortable questions for potential co-buyers.

“How do you pay? Do you have a joint bank account? What happens if somebody wants to leave,” said Holmes.

On the site, potential buyers can answer all of those questions up front before they face challenges.

Those answers then turn into a legally binding contract.

“Having a written agreement in place, not so you can take your buddy to court, but so you have this understanding,” said Holmes.

Jonathan Neufeld says they didn’t discuss all the possible outcomes, but had the finances spelled out.

“We would have had the financial documents which described who had what share in the investment in the property itself,” said Neufeld.

They lived together in this home for six years before deciding to redevelop the property.

Eva Otto is their realtor and says what the Neufelds and Linds did is the perfect co-buying long-term plan.  She says more problems arise when people co-buy single family homes and there’s no clear divide on space or ownership.

“Buying a duplex with your friend, living there for three to five years, and the tearing that duplex down and building two separate single family homes and subdividing that lot,” said Otto.

Neufeld says he appreciates their original co-buying agreement that helped them save money to build their dream property.

“We have a place we can afford in a community that we love,” said Neufeld.

Along with GoCoBuy.com other trusted sources like Redfin and Realtor.com have co-buying guides as well.