When will strongest winds hit area?

When will strongest winds hit area?

The first reports of downed trees came from the Rainier-Tenino area. 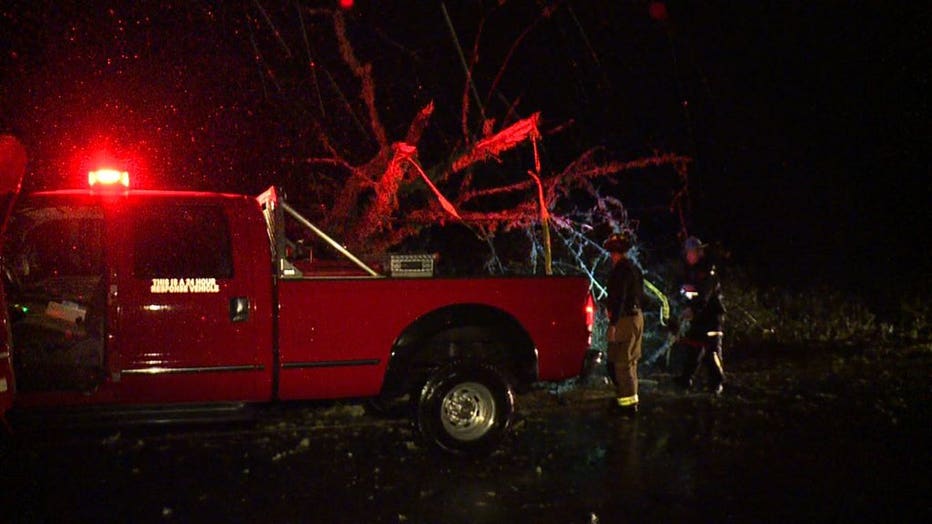 WSDOT said trees were downed in Whatcom County, too.

And power lines went down on W. North Camano Drive.

And it was expected to get worse. Q13 FOX News Meteorologist Walter Kelley said the strongest winds will hit the area between 1 p.m. and 4 p.m. Tuesday.

Winds will pick up on Tuesday in the metro with sustained winds of 30 mph with 50-60 mph gusts. The coast could see gusts as high as 70-75 mph.

If you need to check for Washington ferry cancellations, click here.

Q13 FOX has crews across the state to prepare you for this severe weather event. Reporter Hana Kim captured video of winds picking up Monday afternoon in Island County.

Plan for a soggy commute both Tuesday morning and into the afternoon.

The National Weather Service released a special weather statement warning residents of the increased risk for landslides because of the heavy rains saturating the soil.

Heavy rain will cause flooding on many area rivers Tuesday through late Wednesday, the statement said.

A forecast of snow will allow some ski areas in Western Washington and Canada to open this week.

Snow fell midday on the Cascade mountain passes before turning to rain Monday afternoon. Then the snow levels drop back down overnight. One to two feet of new snow was predicted at Snoqualmie Pass and Stevens Pass on Monday night. 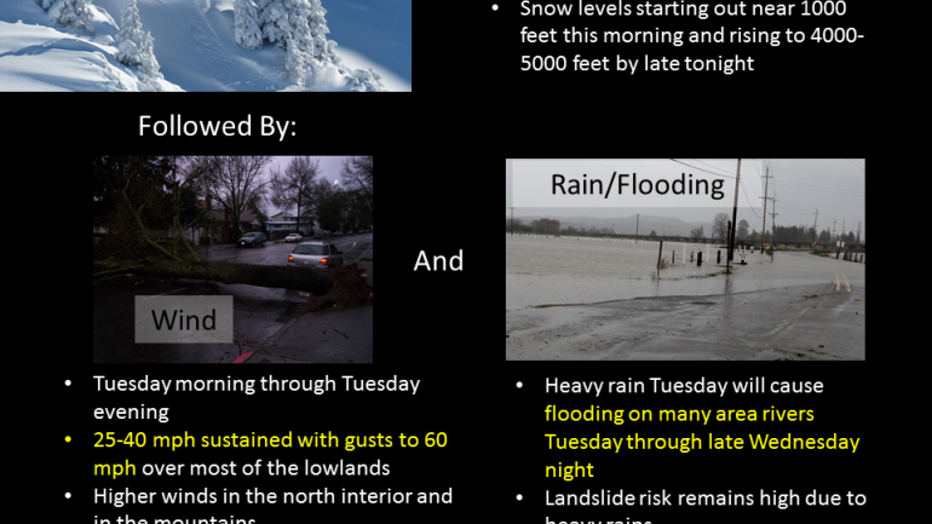 In Eastern Washington, the National Weather Service in Spokane says there is a good chance of light to moderate snowfall at low elevations on Monday night.