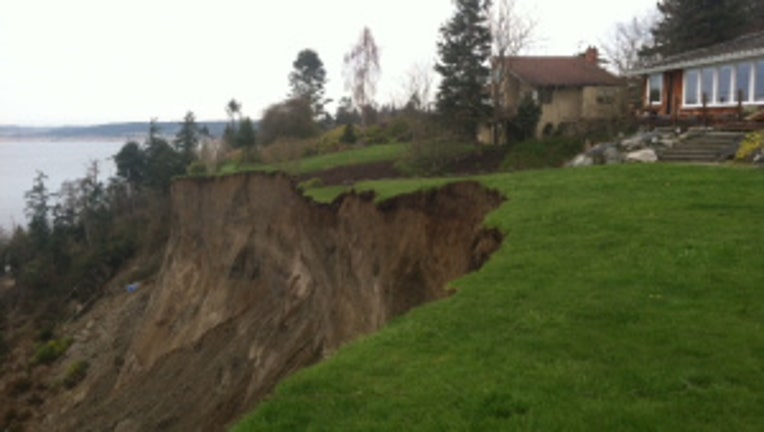 WHIDBEY ISLAND, Wash. -- Some residents of Whidbey Island who were told to evacuate their homes after Wednesday's massive landslide have been told they can return.

Those who live in homes that did not receive a yellow tag or a red tag were told they could return to their homes. Four homes were yellow tagged, meaning that residents can enter the home but are not allowed to stay in the home overnight. One home was red tagged and its residents are prohibited from entering the home.

The area around the landslide will have restricted access throughout the weekend and access will only be granted for official personnel and residents. Access badges will be required.

Snohomish County Executive Christopher Schwarzen said that there has been little land movement since the initial slide on Wednesday.