TACOMA - After months of searching, the city of Tacoma appointed an interim police chief to replace retiring Chief Don Ramsdell, but some are questioning the decision.

Mike Ake, a 30-year Tacoma PD veteran who currently serves as assistant chief of the Administrative Services Bureau, will take over as interim chief Jan. 1.

It has not been an easy year for the city of Tacoma. Following news of the death of Manny Ellis in police custody, members of the community flooded the streets demanding change.

"We have a great opportunity not just to transform the department but become the leaders of transforming in policing our local, regional and national level," Ake said.

Tacoma city leaders said they have faith Ake will be the leader needed to bring change to the department, but the interim appointment reflects concerns from the community over Ake's ability to effect change from within.

"I’m extremely disappointed, and I’m not alone in that feeling. I just don’t think you can get the change we’re looking for with people that have been part of the inertia against change," said Will Hausa.

Hausa is the Washington State Commissioner on African American Affairs. He lives in Tacoma and said he was a part of the process in selecting the new chief.

Hausa said he had the opportunity to ask all of the interim chief finalists a question as a representative of the local NAACP and Tacoma’s Black Collective.

"Chief Ake, he has been with the department for a couple decades now. And he’s seen and been around a lot of the stuff we’re trying to change. And I didn’t hear him talk about specifically about any programs, or initiatives that he’s created to make Tacoma a safer place, more equitable community, and an anti-racist community," he said. 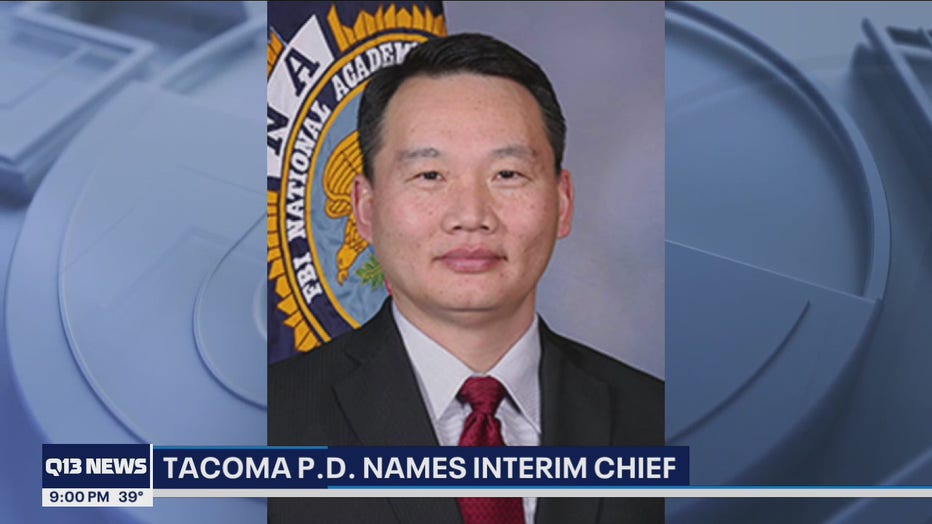 Ake, who is Asian-American, recognized deep racial inequities in policing - including excessive force - when he was interviewed for the top job.

"We have to take a deep dive into the data, figure out why this is happening, and we must address it. Because it’s obvious that race is a big factor in these contacts," he said, according to The News Tribune.

Hausa said he expected more after being a part of a process that spent months finding six finalists from across the country and then chose to go with an internal, interim candidate.

"I believe it was a waste of energy, time, and effort," he said.

Hausa said despite his feelings, he still plans to do everything he can to work with the city and police to bring change.