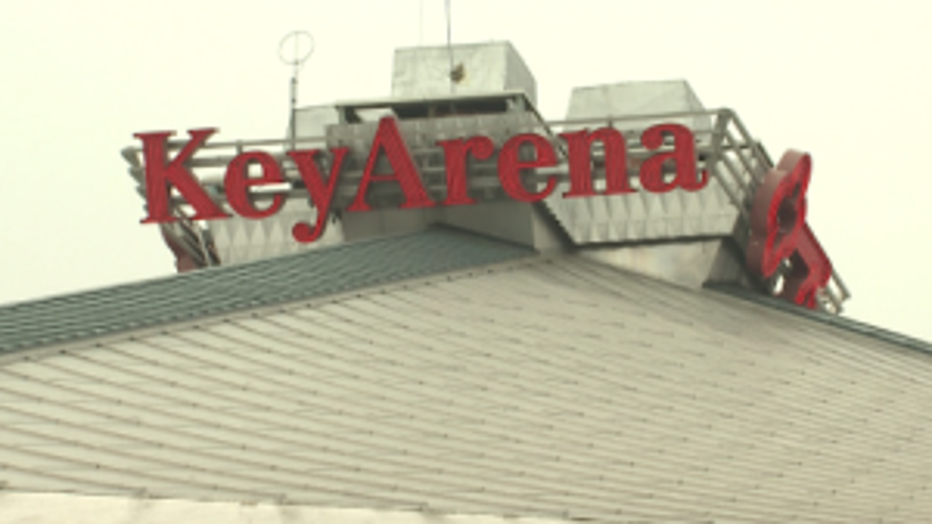 A Sonics return might almost be a done deal, but their home court is still a work in progress.

Any NBA team that moves to Seattle is tentatively scheduled to play at Key Arena for at least two years, and possibly more. But before the first tip-off, many improvements must be made to the old court.

Seattle City Council member Bruce Harrell spoke about the improvements Monday. He said a lot of work needed to be done to the old arena, including accessibility improvements, High-Definition upgrades and other capital improvements.

"A lot of technology improvements," Harrell said. "We want to make sure it's broadcast in HD and the way we want to see it. You'll see some accessibility issues in the terms of disability. So, we'll do a lot of capital improvements and make sure it's still a good facility on a temporary basis.”

Other possible additions include a new scoreboard, renovating lower bowl seats  along with new premium courtside seats and suite improvements. The price tag could be between $12-15 million.

The Seattle Center and city leaders already have the ball rolling in anticipation of a Kings move. Seattle Center spokesperson, Deborah Daoust, said the Key arena already has the crucial infrastructure in place.

"We're excited about the news," Daoust said. "We have the facility. We have the staff, the infrastructure. We're already hosting basketball in the building. We hosted 110 events last year and 580,000 people. We're ready.”

Seattle City councilman Tim Burgess said if a deal was indeed coming, officials didn't have long to get the building into shape.

"We don't have very long," Burgess said. "There is a lot of work to do here. But the city's engaged now with Mr. Hansen on that. We'll make progress over the next several months.”

City leaders confirm a Key Arena agreement is in the works and will be finalized in the coming months. A downtown design review board meets Jan. 22, but is expected to make its recommendation to the city council sometime this summer.

Until then, fans say ‘The Key’ will be just fine.

"This is our home man," Brian Robinson, a Seattle fan, said. "Sonics fans love Key Arena. Driving around looking for parking. This is going to be real fitting to close the door and end it right here and move on to the new palace. I don't think it can be scripted any better.”