SEATTLE -- From the look of it, some drivers are going to need a crash course to figure out Seattle’s new cycle track bike lanes on Capitol Hill.

The Seattle Department of Transportation just finished installing the first section of a planned mile of two-way bicycle lanes from First Hill to Capitol Hill. But for many motorists, the green-colored pavement and middle curb appeared out of nowhere -- and it’s causing some consternation.

It’s simple enough:  The green lanes are for bicycles only. But the stencil picture on the pavement showing a person riding a bike isn’t clear enough for some drivers. 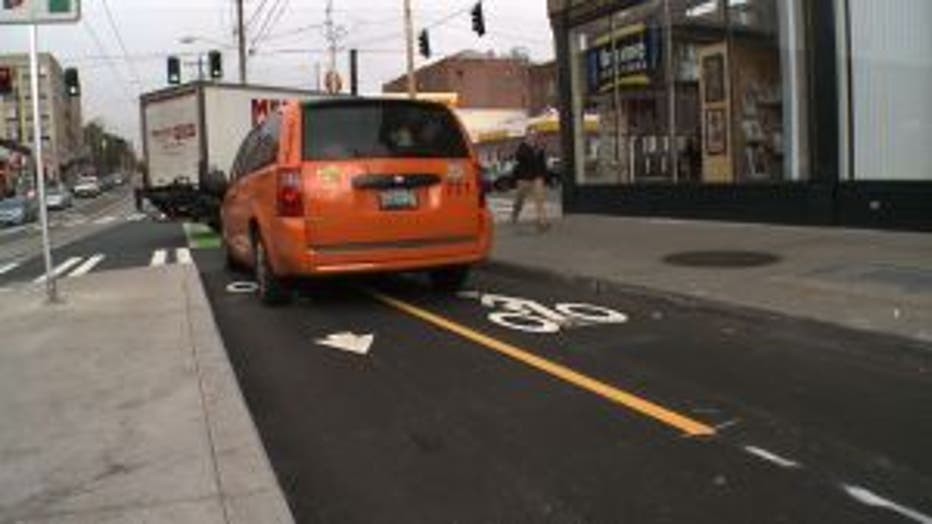 What’s confusing is that some parking spaces are six feet away from the curb.

Cyclists even get their own traffic light, and bikers say it’s about time they get a safe place to ride.

“We have to transition from the mentality of the '50s to a new era of the new urbanization,” said cyclist Peter Vukmirovic. “The days of the car are numbered; they have to go.”

SDOT says drivers will eventually get the hang of the new cycle tracks, but some business owners think the city is wasting money.

“The people least qualified to spend the tax dollars are the people we’ve empowered to spend it,” said Loren Perkins.

SDOT says they’re going to be putting up more signage, which could help drivers.
But business owners worry things are only going to get worse once the streetcar gets going. 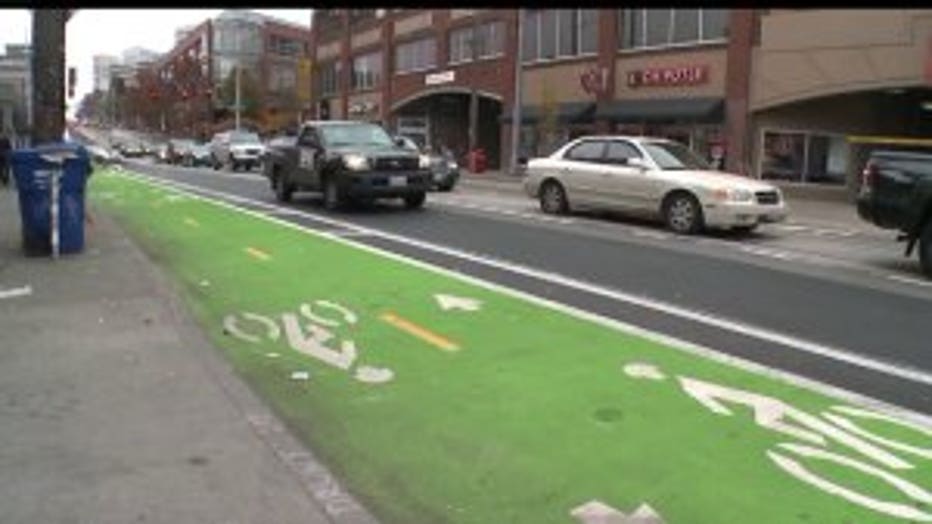