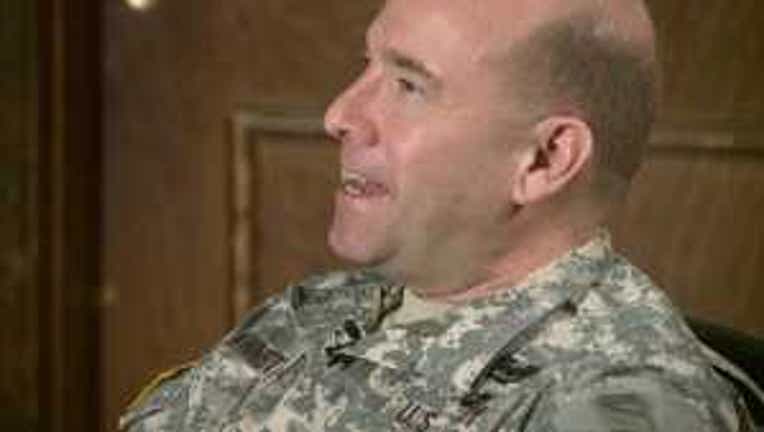 JOINT BASE LEWIS-McCHORD -- A local soldier has received thousands of emails from love interests around the world.

There's only one problem:

He's not looking for love.

Major Gordon Hannett, stationed at JBLM, said online fraudsters are posing as the Major and soliciting money on his behalf. Hannett said someone claiming to be him scammed more than 300 woman into thinking they were talking to the major, and would get the women to send money on his behalf. The woman send the scammers money, Hannet said, and then contact him asking him what went wrong with their transaction.

Hannet said scammers use fake dating profiles and pictures to trick women into sending money for the chance to meet. A quick search for Hannett shows two false Facebook accounts featuring his real picture. Hannet has no idea how the accounts were set up.

Shannon Smith is senior council at the Attorney General's Office. Several scams involving wire transfers to men claiming to be soldiers occur each year, Smith said. Though it's a well known problem, little can be done to stop them.

"Often times when you send your money overseas, there's nothing anybody can do to get your money back because our office doesn't have the ability to chase people down overseas,” Smith said.

Major Hannett is now making it his mission to fight the scams and warn others about the crooks.

"They're the lowest of the low,” he said.  “They've preyed on retirees and widows. They take their money. It's just awful.”

The FBI is aware of many online dating scams and features online resources for those hoping to fight the fraud.

Visit these sites for more information on how to fight scams: