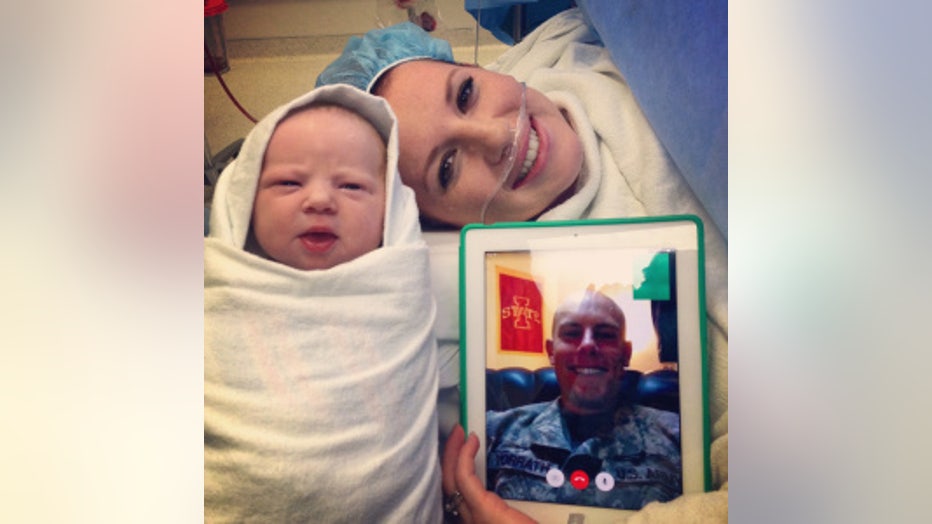 Sergeant Vorrath watches on from the Middle East as his wife gives birth in Ames (Courtesy: Mary Greeley Medical Center)

AMES, Iowa -- A National Guard soldier who watched the birth of his second child via an iPad was able to travel halfway around the world and surprise his wife at a hospital in Iowa.

Sgt. John Vorrath was with his unit in the Middle East and did not initially receive clearance to leave his unit. For that reason, he watched the birth of his daughter, Charlotte, using FaceTime on an iPad.

As he watched, Vorrath’s commander slipped him a note saying his request for leave had been granted.

Vorrath flew back to surprise his wife at Mary Greeley Medical Center and to meet his new baby girl.

The couple's two-year-old also got the chance to see his dad for the first time in several months.

Sgt. Vorrath will be back home on leave for another week before returning to active duty overseas.