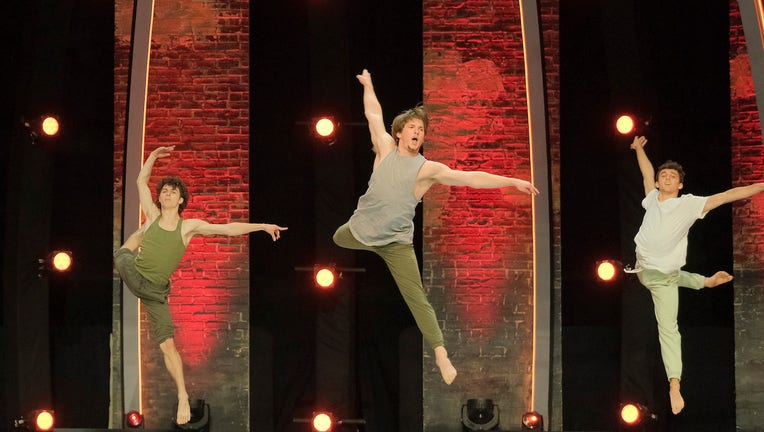 Chicago - Welcome back to "So You Think You Can Dance" recaps! In "The Big Cut – Choreography Round," we go from 42 dancers to 12. It’s intense, y’all. Miss last week’s episode? You can read our recap and watch On Demand or stream on FOXNow, Hulu and Tubi.

Great news: We get plenty of Cat Deeley this week, y’all!

But this is a bit of a good news/bad news situation, as the reason we get so much of Cat "Cool Dance Mom" Deeley is that she has to do a lot of comforting and encouraging. This episode is called "The Big Cut," and it’s accurate — the choreography round happens in a single day and will bring our group of dancers from 42 to 12.

WATCH FREE ON TUBI: Celebs anonymously hoof it in "The Masked Dancer"

It’s a lot — too much, in fact. But the dancing is superb, and if there are some disappointments and some heartbreak, then there’s also some triumph and a few great surprises.

"So You Think You Can Dance": The first culling 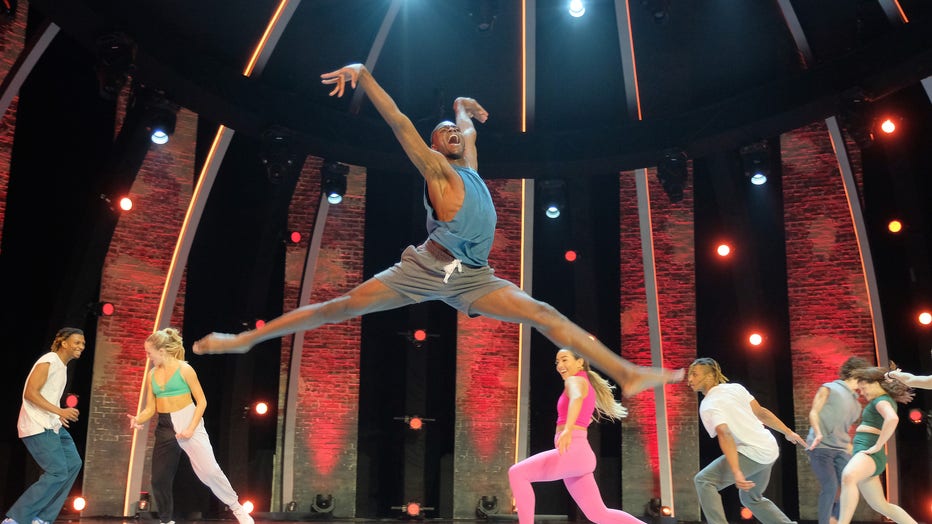 Even though some faves get sent home (justice for Brianna, but more on that later), the biggest issue with this episode is that there’s just too much happening. Some of what’s happening is great: Cat Deeley’s trench dress! The sparkly separates JoJo Siwa is wearing! tWitch (a.k.a Stephen Boss, a.k.a. Cool Dance Dad) being a great judge! Dancing!

But there are also lots of stressful fake-outs and not enough time or space to appreciate the athleticism and artistry of the dancers.

WATCH FREE ON TUBI: "So You Think You Can Dance"

Luckily, the powers that be still make time for fun (and intimidating strictness) with choreographer and SYTYCD legend Mandy Moore. (Not Mandy "I’m missing you like candy" Moore, Mandy "you’re a hot mess, you need to turn your head faster in that spin" Moore.) She rules; also she’s terrifying.

For the first round, the 42 dancers are split into small groups divided by gender and discipline — so, contemporary men, jazz women, hip-hop men, ballroom women, and so on. They have 90 minutes to learn the choreo for a blisteringly paced remix of Whitney Houston’s "I Wanna Dance With Somebody," and then they perform for the eager judges.

The first group is four contemporary men, among them last week’s open-the-show-without-even-an-intro king Thiago Pacheco and the same episode’s dazzling closer, early favorite Waverley Fredericks. All four dance beautifully, and the judges send Thiago and fellow dancers Matthew and Samuel off to the next round. Waverley is left alone on stage... but it’s a fake out, and after some stern words of encouragement from tWitch, Waverley bounds into the wings to prepare for his next big moment.

Next is the first of several packed montages, in which we see a whole bunch of dancers dance. It only pauses briefly for the judges to tell ballroom dancer Sage that he’s got one more shot to prove he should stay and to make Alexis, also a ballroom dancer, understand that the energy with which she ends her performance needs to be present from beat one.

Our next spotlighted group is four contemporary women, including episode 1 standout Maci Montes, who struggles to keep up with the technically trained dancers around her. She and Canadian dancer Madison Moser end their journeys after this performance, but Mia Mellican and Jaliyah "Juicy" Kerstend dazzle the judges and advance.

We’re still not done! Four female hip-hop dancers are up to the plate next — memorable faces Essence Wilimington (who tWitch asked to freestyle after her audition) and Brianna Grey (one half of this season’s adorable dance couple) are both present. Essence is a star. She’s captivating to watch. Fellow dancers Sara Ito and Madina Beisekeyeva (a voguer) advance with her.

But our dear perfect Brianna remains on stage, and tWitch tells her they expected more — if she wants to move on she needs to come back with a solo and "dance for her life."

As Cat "Cool Dance Mom" Deeley comforts and encourages Brianna backstage, we get a big ‘montage of no,’ in which early faves Zyiasia and Decoy (a paramedic and young dad respectively) say their goodbyes. Is that warranted? No idea! Curse this montage! Then Brianna is back to do her solo and she kills it. JoJo Siwa disagrees, but JoJo Siwa is wrong, and she’s outvoted by her fellow judges.

WATCH FREE ON TUBI: JoJo Siwa gets her start as a star in "Dance Moms"

32 dancers remain. THIRTY TWO. Buckle up, it’s going to be a long night.

"So You Think You Can Dance": Match game 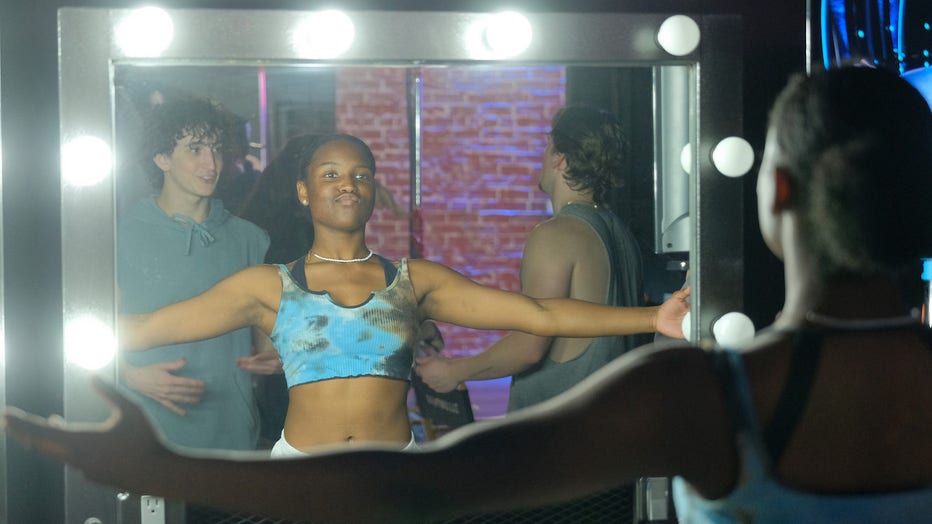 Other than that, it’s just a lot more dance seen in tiny snippets and a blur of yes and no votes. It’s like we all blinked and there were suddenly 24 dancers remaining.

"So You Think You Can Dance": The group routine 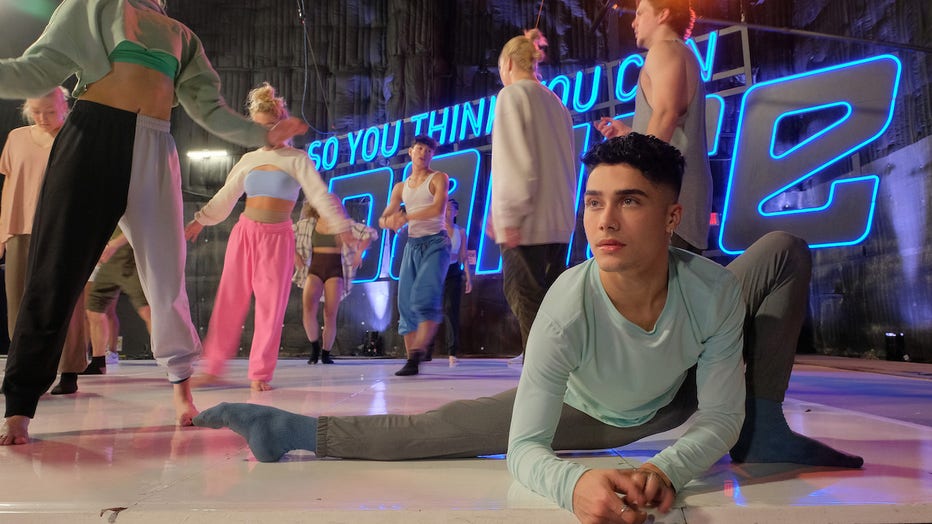 For their final challenge, the dancers perform in one big group, leaping between styles and across the floor with energy, grace and power. You’d never know that these superstars had been at it for hours.

But how did they do? Again, no idea! Show us replays! Let us linger! At least do the whole thing twice!

Maybe not the thing you want to hear an impartial judge say before the competition gets started — but "So You Think You Can Dance" loves surprises, and I’m sure JoJo will, too.

And after all that, we end on... a cliffhanger?!

"So You Think You Can Dance": Best of the night

This foursome — but Juicy and Beau in particular.

Next week: We learn who the season’s 12 dancers will be, and hopefully we get a chance to learn all their names and see them perform.

"So You Think You Can Dance" airs Wednesdays on FOX. The first three episodes are currently available to stream on Hulu. You can also catch up for free on Tubi. Recaps run weekly.

Howard High (2022): A modern-age "Bring It On," "Howard High" is an energetic teen musical that follows a high school performance group who must compete against a rival school in order to save their arts program. The crowd-pleasing film from "You Got Served" director Chris Stokes is inspired by his 2020 TV mini-series of the same name, which is also streaming on Tubi. With its talented cast of up-and-comers, "Howard High" shines a light on the challenges that school arts programs face in underfunded neighborhoods — all through the power of song and dance. "Howard High" is a Tubi Original. Rated TV-14. 102 minutes. Dir: Chris Stokes. Featuring: Chrissy Stokes, Veronika Bozeman, Lindsay Diann, Jarell Houston, Dylan Mooney.

How to watch "So You Think You Can Dance"

"So You Think You Can Dance" airs Wednesdays at 9 p.m. EST on FOX. You can also watch On Demand or stream online via FOXNow. This season’s episodes to date are streaming on Hulu and Tubi.