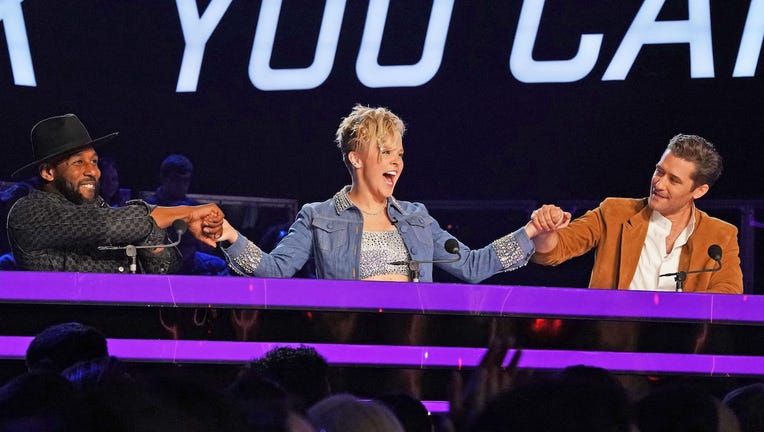 Chicago - Welcome to "So You Think You Can Dance" recaps! In the 17th season premiere, "Dance is Back! Auditions Show 1,"three new judges take the stage, a crop of new dancers win hearts and one intimidatingly cool woman casually challenges tWitch to a battle. Miss the premiere? It’s available On Demand, on FOX.com and streaming on Hulu.

It’s back! tWitch said so!

The "it" he was referring to is dance, but it’s a sentiment that also applies to "So You Think You Can Dance," the beloved reality competition show returning to the air for the first time in approximately 27 years, also known as September 2019.

A lot has changed since then, both for the world and the show, but the thing that makes "SYTYCD" special remains the same: Cat Deeley’s amazing stage costumes. Nah, it’s the dance that makes this show so unforgettable, as well as the dancers who step onto that stage to share their skills, gifts and hearts with the world.

Who wowed? Who stumbled? Who brought us to tears in the premiere, for crying out loud? Let’s get to it!

Season 17 begins with dance, naturally. We watch dancers in everyday settings like classrooms and stockrooms throw themselves into the joy of movement; meanwhile, three mysterious and sparkly figures dance on an empty stage. Surprise, it’s the show’s new panel of judges — and they’ll almost certainly be familiar to the audience. As "SYTYCD" all-star Stephen "tWitch" Boss, pop juggernaut and "The Masked Singer" alumnus JoJo Siwa and "Glee" star Matthew Morrison take their seats facing the stage, the crowd cheers. (So does your trusty recapper.)

We get some fun judge banter from the trio, all of whom seem very excited to be there, as well as a glimpse of returning host and eternal icon Cat Deeley. And then it’s time to meet the first crop of dancers! This is great — we love a great judging panel but we’re here for the sick moves.

And Konnor-with-a-K from New York delivers.

As a refresher, to advance to the next stage of the proceedings, dancers have to get at least two "yes" votes from the judging panel. There’s been a change to the format, however: rather than doing open auditions all over the country, contestants travel to the show’s Hollywood studio, and when they get those yes votes they advance to the choreography round.

A lot of the fun in the audition episodes comes from the intro packages produced for the prominently featured dancers, and Konnor’s more than delivers. (Spoiler: so does Konnor himself.) The 19-year-old teaches at his mom’s dance studio, and we’re treated to an adorable clip in which the dancer and his mother tell a class full of 8-year-olds that he’ll be auditioning for the show. They’re excited. Then Konnor tells him JoJo is one of the judges and they lose their tiny tutu-wearing minds. It’s a hoot.

But you know who else flips out? The judges, once they see Konnor-with-a-K’s contemporary number. Set to a stripped-down version of "What a Wonderful World," it’s a thrilling way to start the season, as Konnor flips, leaps, butterflies and most importantly tells a story. It’s a passionate performance and earns the young performer a standing ovation from the live audience and the judges alike. It also brings his mom and dad to tears. Hope you like parents weeping with happiness, because we sure see a lot of them in this premiere.

The only off-note in the whole sequence is when Morrison calls it "poetry in motion," which, okay, that’s true, but come on dude, you can do better than that! (And he does mere moments later when he tells Siwa that her hair and makeup are next-level. He is correct.)

Konnor obviously gets the yes votes he needs. See you in a few weeks!

Konnor’s top-notch performance is followed by another wildly charming introduction package. Sam, a dancer living in the Bronx whose parents hail from Ghana, talks about his drive to make his parents proud and his love for dance and African culture. (Also? That young man can dress. Lots of style icons in the making this season.) His Afro Dance routine is, above all things, joyful. It’s a funny, surprising turn that sucks the audience and the judges in, and Sam gets his slot in the choreography round. Can’t wait to see more of your dance and your fashion sense, Sam!

A lightning round, an adrenaline junkie and a battle

Now the show races through a few promising performers. Expect to see more of charming Portland tapper Blake, almost unbearably chic jazz dancer Jordan, contemporary dancer Rachel (whose leaps are out of this world) and Jerome, a hip-hop performer hailing from the Philippines who does things gravity should not allow. How, Jerome? How are you doing that?

WATCH FREE ON TUBI: "Bring It"

The next spotlight goes to Anna, a contemporary dancer with an abundance of personality and an affinity for fast cars. (Cat Deeley is very surprised by the fast cars! Us too, Cat Deeley!)

Anna, in a look best described as "extremely stylish Beetlejuice" and a routine that evokes both Maddie Ziegler and Danny Kaye (look him up, youths!) floors the judges and the audience with a captivating and funny performance to Paul Simon’s "50 Ways to Leave Your Lover." It’s precise and fresh, a demonstration of Anna’s skill as well as her originality. Expect great things from the adrenaline junkie.

Another thing to expect: more of Kristen Stewart and Robert Pattinson staring intensely out of the banner at the bottom of the screen, since Tubi has the "Twilight" franchise this month. It sort of seems like they’re glaring about the three unison "yes" votes Anna gets, but trust me, they’re not.

The best intro package of the night belongs to Anastasiia, a Russian dancer living in New York who has no time for anyone’s restrictive views about how women should dance, dress or exist. We get footage of her shaving her head! We see her in a boxing ring! We see her popping in battles with other NY dancers! We see that she has incredible taste in shoes! Anastasiia is a hip-hop dancer, and she tells the camera why: "I left Russia and I wanted to feel free... Hip-hop gives me this feeling that I don’t have to be afraid of who I am."

Unfortunately, despite a killer runway-inspired entrance, Anastasiia becomes the first dancer we see eliminated this season. But if having the best intro package of the episode (and one of the best in the show’s history, frankly) wasn’t consolation prize enough, she also politely thanks the judges after she gets their no votes, then promptly challenges tWitch to a battle. He takes her up on it, obviously, and it’s a highlight of the episode.

Hopefully, she takes the judges’ notes on what to include in her audition to heart and we see her again in season 18 because Anastasiia is TV gold. 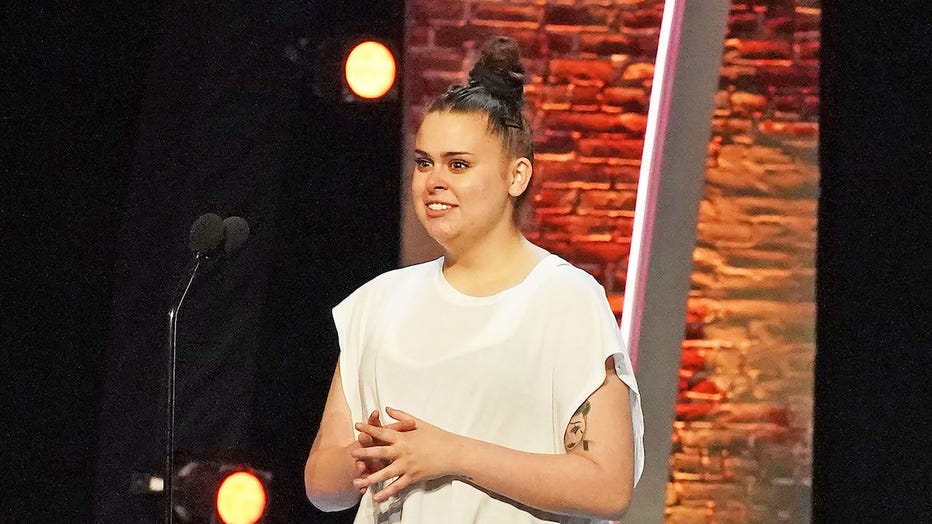 Content warning: this section includes a discussion of suicide.

The final two spotlights of the evening are both heartbreakers of a sort, though for very different reasons — and ultimately they’re both more uplifting than they are upsetting. First up is married couple Dakota and Misha, a lovable pair with a lot of personality. (Her dad is a magician/comedian and her mom was his assistant! Misha is taking comedy classes and tells Cat Deeley a terrible dad joke about ants! Heart emojis for them both!)

In their intro package, Dakota and Misha tell us that they’re auditioning together but are fully aware that there’s a chance only one of them will advance. What do you think happens?

Jojo gives a no vote to both, citing some technical issues in the pair’s ballroom routine that this writer didn’t catch, perhaps because she was too busy trying to count the number of spins they did in their crazy lift. tWitch disagrees, praising their chemistry and energy as he gives them each a yes. That makes Matthew Morrison the tie-breaker, and he says yes to Dakota and no to Misha. He should probably also volunteer to sponsor them for couples’ counseling — though it doesn’t seem like they’ll need it, as Misha good-naturedly comforts his wife by saying he’ll stay home and take care of the cats.

Last up is mental health advocate Maci, a 19-year-old who says dance saved her life.

Maci was first diagnosed with major depression as a pre-teen and tells the audience she’s a suicide attempt survivor, an experience that informed the enthralling contemporary number she performs for the flabbergasted judges’ panel. It’s riveting, as is the footage we see of her proud mother, who is overcome with emotion as her daughter triumphs on stage. Told you there’d be a lot of happy mom tears!

Maci is one to watch this season, a dancer of tremendous skill and depth. But this whole episode was filled with ones-to-watch, wasn’t it? It’s a great start to what will hopefully be a great season. Glad to have you back, SYTYCD!