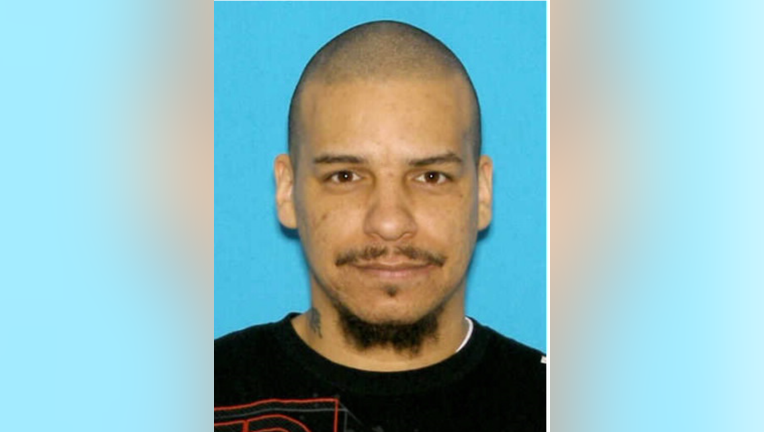 FUGITIVE CAPTURED December 15, 2015 -- The Snohomish County Violent Offender Task Force arrested Kenneth Robinson on the Tulalip Indian Reservation on Tuesday. The task force says he jumped out of a mobile home window to try and escape, but they quickly found him hiding inside a closet in another mobile home, with another man who had a warrant and was arrested as well. FUGITIVE WANTED IN TRI-CITIES December 15, 2015 -- The U.S. Marshals are asking for help locating Kenneth Robinson a.k.a 'Shawn McClean''. Marshals say he was last living in Tulalip. He's wanted on a federal probation violation after being convicted of Robbery. He is 38 years old, 6'1" and 200 lbs . He's inked with several tattoos, including 'Smile Now, Cry later' faces on his left forearm, Mickey Mouse and webs on his right hand, 'Buccweet' on his upper right arm and a Chinese symbol on the right side of his neck. He could be bouncing back and forth between Eastern and Western Washington. Tri-Cities Crime Stoppers is offering a cash reward of up to $1,000 for information leading to his arrest. Call (800) 222-TIPS or reach them on the web at www.tricitiescrimestoppers.org.