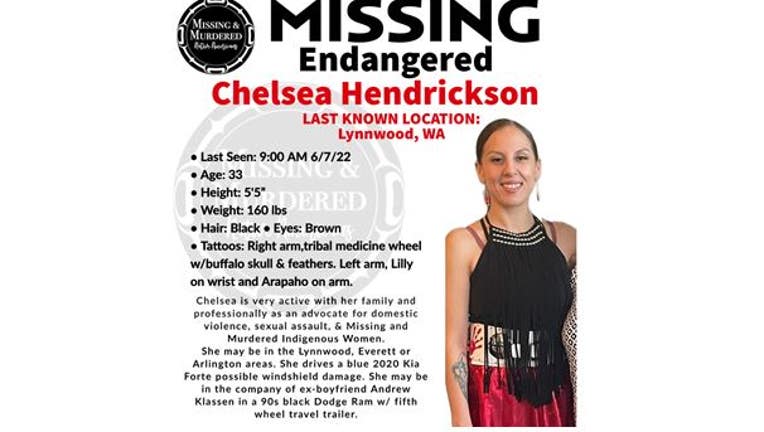 According to a Twitter post from AG Ferguson, 33-year-old Chelsea Hendrickson was missing since June 7 and was a well-known professional advocate for domestic violence, sexual assault and missing and murdered indigenous women. He added that it is very unlike her to be out of contact with her family for this long.

The Snohomish County Sheriff's Office announced on Sunday that Hendrickson was located safely on Saturday night.

According to SCSO, Chelsea Hendrickson was last seen at around 9 a.m. in Lynnwood. Authorities say she may be in the Lynnwood, Everett or Arlington areas. They added that she may have been in the company of her ex-boyfriend Andrew Klassen.

Deputies did not say where Hendrickson was found but she has been removed from missing status.

The Kent Police Department (KPD) is asking for the public's help in finding a missing man who suffers from dementia.

Seattle Police are asking for the public's help in finding a missing and endangered 14-year-old girl.