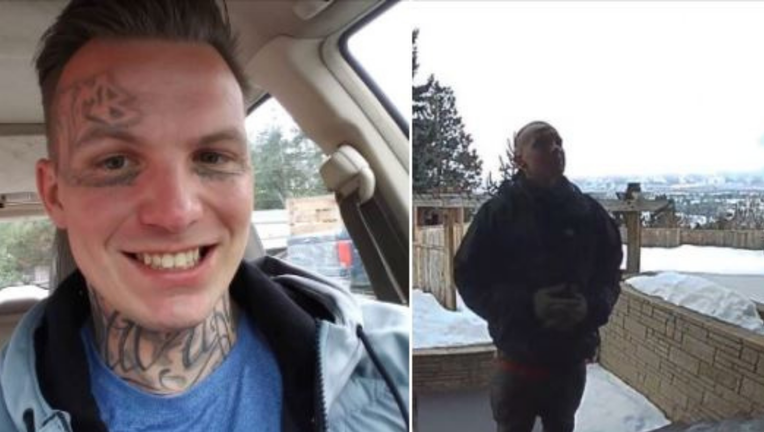 SNOHOMISH COUNTY, Wash. - Deputies said a 30-year-old man who was considered armed and dangerous and who was wanted for crimes in Washington and Idaho was taken into custody in Haugan, Montana.

They said Jessie Spitzer of Sultan was taken into custody on Thursday, investigators said.

Spitzer was wanted for first-degree burglary, first-degree robbery and possession of a stolen vehicle. He is also wanted for crimes in Chelan County and Post Falls, Idaho.

According to investigators, a SWAT team responded to an incident on Friday involving Spitzer but they couldn’t find him. On Saturday, a K-9 team tracked Spitzer in the woods in Gold Bar but he escaped. Then on Sunday, he was involved in another incident in Chelan County.

On Wednesday, Post Falls police responded to a burglary  where a gun was stolen. When officers arrived they located the suspect, who was identified as Spitzer. Investigators said when officers confronted him, he pulled a gun out and threatened to shoot himself if the officers didn't leave. Police said Spitzer ran away and officer chased him but couldn't locate him.

According to investigators, he was sentenced for a shooting at a deputy sheriff in Nevada.