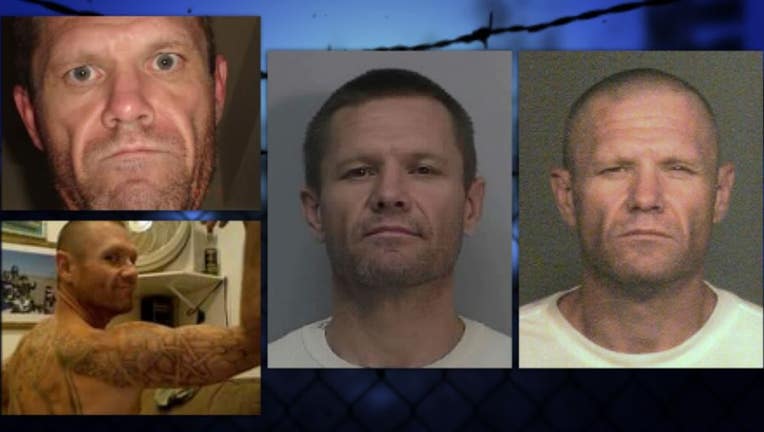 FUGITIVE CAPTURED November 13, 2015 -- Auburn Police arrested George Hatt while he was walking his dog on Friday morning. He was booked into the Snohomish County Jail in the afternoon. FUGITIVE WANTED IN SNOHOMISH COUNTY November 12, 2015 -- The Snohomish County Violent Offender Task Force is asking for the public’s help in finding George Hatt. Detectives say he is the primary suspect in the homicide involving a shooting in which the victim was burned and buried in Granite Falls. In the course of the investigation, detectives learned from witnesses that the victim and Hatt had an altercation earlier in November over the victim allegedly burglarizing Hatt’s residence.  Hatt is alleged to have shot the victim, then burned and buried his body near the 21100 block of 133rd St NE. Hatt has ties to California. Hatt is considered armed and dangerous. Hatt is 49 years old, 6’0” and 200 lbs with blonde hair and brown eyes. If you know where deputies can find him, call Crime Stoppers at 1-800-222-TIPS. All calls are anonymous and there is a cash reward of $1,000 for information leading to his arrest.