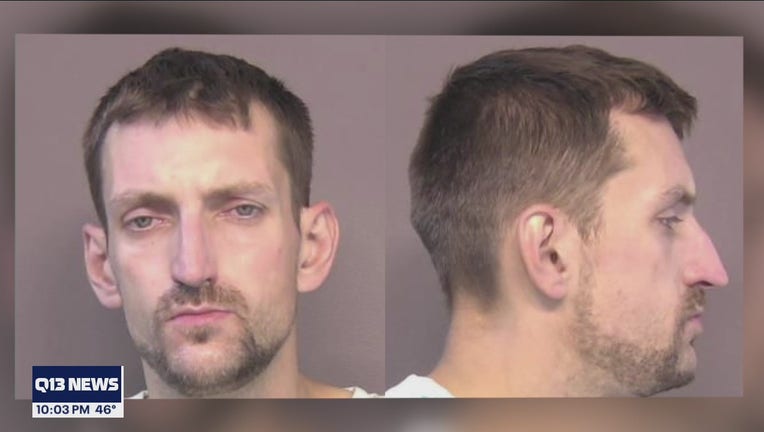 Johnson was wanted by SNOCAT detectives and had felony warrants for multiple counts of burglary, robbery and vehicle theft.

-----ORIGINAL CASE-----
FUGITIVE WANTED IN SNOHOMISH COUNTY April 7, 2021 --
Snohomish County sheriff's investigators are on the hunt for a suspect they say is responsible for a wide variety of crimes, including dragging a woman down the road while stealing her car.

It happened in an instant: a busy mom, turning her car on in the driveway to warm it up before preparing to get her kids in. That’s when Veronica Morfin saw a man dart into her driveway and make a beeline for her car.

"He went inside my car and tried to take it, and I was close to  the car so I opened the door and tried to get myself on the steering wheel," says Veronica Morfin.

When Veronica saw the man get into her car, she swung open the driver’s side door and clung onto the wheel.

"He said ‘ma'am what’re you doing,’ and I didn’t say anything back -- I was like 'this is my car!' I don’t know why this was my first reaction when I saw him in my car."

The alleged thief himself even surprised at her boldness, but he didn’t back down either. He drove out of her driveway with her still clinging on, her terrified children watching the whole thing. "One of my kids yelled ‘mom!’ And I heard her voice and she was scared and I’m thinking ‘what am I doing?’ So I let myself go."

She finally let go of the wheel, but damage had already been done with her being dragged down the road. Her injuries were substantial, and she still has a long road to recovery.

If you have any information on Johnson’s whereabouts, you could get a cash reward up to $1,000 for information that leads to his arrest. Your tip can remain 100% anonymous. You can submit your anonymous tip through the P3 tips app on your smartphone, or call the tip line at 1-800-222-TIPS.