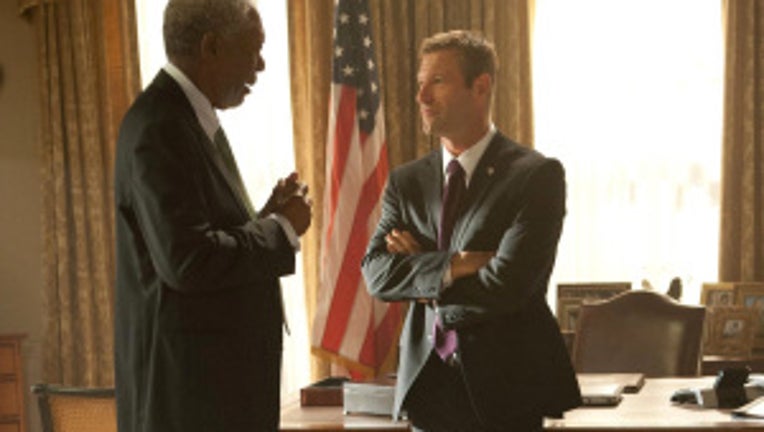 Take a look at what's hitting theaters this weekend:

Olympus Has Fallen, starring Morgan Freeman, Gerard Butler and Aaron Eckhart. A disgraced former presidential guard is trapped inside the White House in the wake of a terrorist attack.

Admission, starring Tina Frey, Paul Rudd and Nat Wolff. A Princeton admissions officer who is up for a big promotion could risk it all when she meets a college-bound kid who could be the son she gave up for adoption.

Spring Breakers, starring Vanessa Hudgens, Selena Gomez and Ashley Benson. A quartet of college girls find themselves in jail after robbing a restaurant to pay for their spring break. Their luck turns worse when a drugs and arms dealer bails them out -- but wants pay back.

Starbuck, starring Patrick Huard, Julie LeBreton, Antoine Bertrand. In this comedy, a 42-year-old man's easygoing lifestyle is compromised when his girlfriend announces she's pregnant and he finds his past as a sperm donor could come to haunt him when he becomes the focus of a class-action lawsuit from 142 plaintiffs seeking to find the identity of their biological father.