SEATTLE -- The skies at high noon are much darker than a normal August day. And from Seattle's Kerry Park, magnificent Mount Rainier is completely obscured by the smoke.

As unhealthy air quality continued for yet another day in Western Washington on Wednesday, we wanted to know if it’s affecting the impression that our out-of-town visitors are getting from their smoky experience here. Tourism is, after all, big business in Seattle—contributing billions to the local economy. 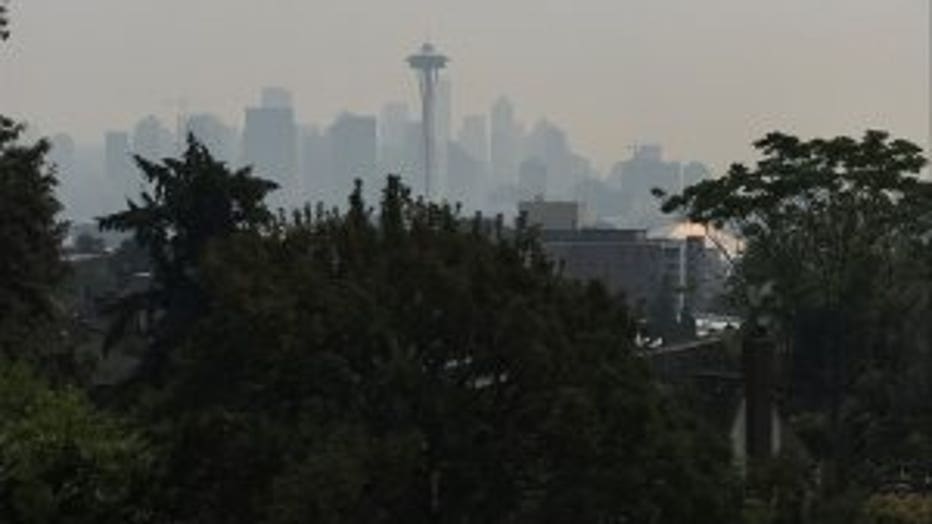 Around 40 million people visit the Emerald City every year.

Q13 News talked to folks from multiple countries and visiting from elsewhere in the U.S.—most said if they knew the air quality was going to be this bad, they would have changed their plans.

“I was here 20 years ago. It wasn’t like this!” said Phil from London. He was with his wife and four sons visiting Pike Place Market on this hazy summer day. “So, it was surprise.”

With West Seattle barely in view across Elliott Bay through brownish skies—down at the market the only atmosphere that’s enjoyable is literally on the ground level with the local color like the plentiful booths, flying fish and street artists.

For Sue from Toronto, the smoky skies have ruined some of her plans.

“We wanted to go to the Space Needle,” said the Canadian. “But you couldn’t see anything. But we want to come back when it’s clear out.”

The wildfire smoke hanging over Western Washington is a more serious concern for others—and in ways you might not even think about. 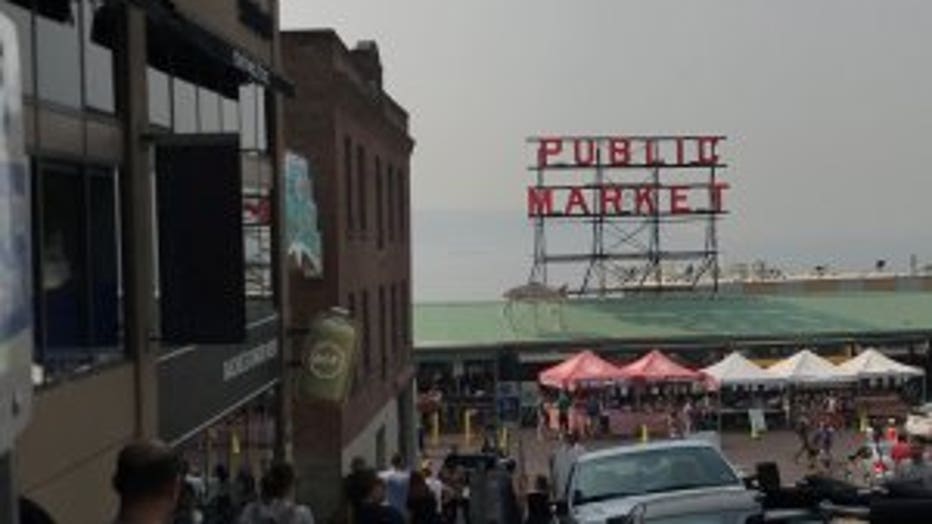 “I’m always coughing,” said Heloise, who has asthma and was visiting from France.

She had no idea the pollution would be so bad for her visit—but she can’t get an inhaler since in the United States they’re prescribed medicine. “It’s very expensive to go to the doctor ,” she says. “So, I have to wait.”

For travelers that have been all over the West Coast during our smoky season, like Anne Marie from the Netherlands, many don’t think Seattle’s unhealthy air is all that bad—at least by comparison.

“We’re on a big tour, we’ve been in Oregon and Northern California. And it was worse there.”

Tourism in Seattle does mean big business. Visitors on average spend more than $6 billion a year here. According to VisitSeattle.org, if you include travel-related jobs, that number jumps to nearly a $10 billion boost to the local economy. So repeat customers are important.

“I’ve been to Seattle before and I remember it being beautiful,” said Faun Pattison from North Carolina. “You could see Rainier, you could see the Space Needle, you can’t see those things , so it’s not as pretty.”

But, Pattison, visiting with her family from Raleigh, says she can’t blame Seattle for what she says is a 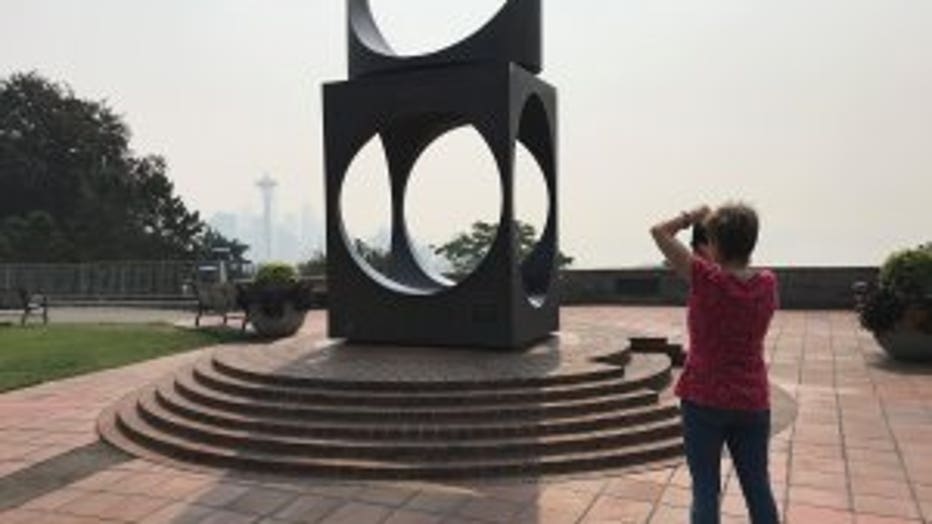 “You know what? The whole planet is frying. So, we all live on the same frying planet, so what are you going to do?”

The Downtown Business Association spokesperson tells Q13 News that it’s hard to quantify a direct impact on local tourism since a lot of people buy their tickets well before they come here.

Long term, it’s hard to say what media coverage in other places about our weather woes will do to how people perceive Seattle and the surrounding areas.

The Downtown Business Association says it has given all their employees who work downtown helping tourists the proper masks to protect themselves from the unhealthy air. And those with respiratory issues have been allowed to leave early if they need to.

And for Phil and his London crew, they say they would want to come back—but maybe pick a different time of year.

“It was not what we expected from this city.”