EVERETT -- Crews put out a house fire early Saturday morning in Everett. A woman and three children made it out safely after hearing the smoke alarm, according to the Everett Fire Department.

”Smoke alarms played a big role in saving the lives of the residents in the house," said Assistant Fire Marshal Eric Hicks. "The family could have easily been trapped inside the house if it hadn't been for the smoke alarm going off at the right time.”

Crews went inside the home to fight the flames, according to the Everett Fire Department. Photos show the fire in the upper level of the home.

Firefighters planned to remain at the home to put out any hot spots.

Investigators are still looking into what may have caused the fire. They say the home appears to be a total loss. 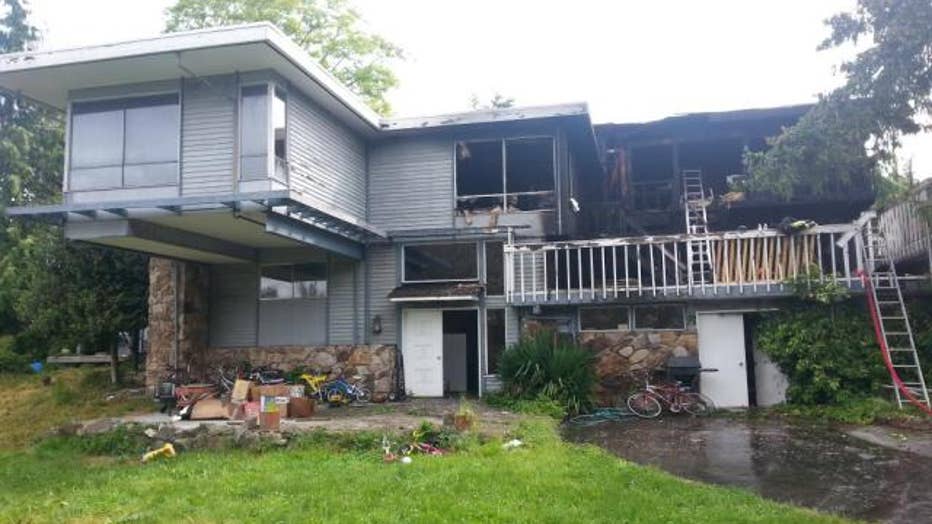