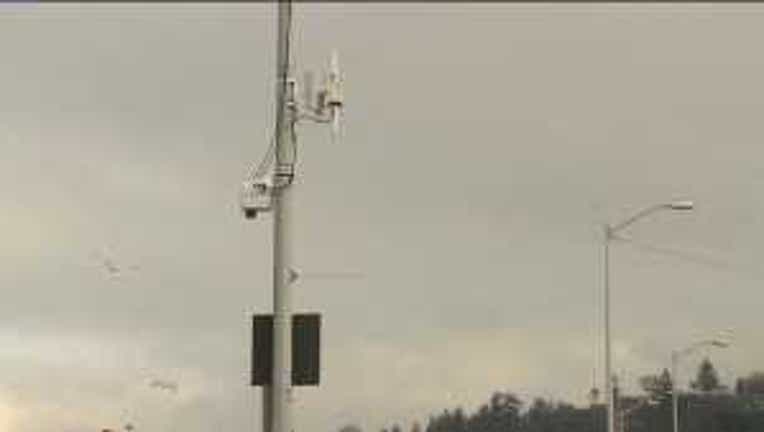 SEATTLE -- Strolling or biking along the waterfront? Smile, chances are you could soon be on camera.

About a half-dozen surveillance cameras have been installed in West Seattle as a way for police and first responders to monitor public safety and deal with potential threats. But it’s the idea of constantly being watched that has gotten some people’s attention.

“I really don’t like it,” West Seattle resident Tami DuBois said. “Here I’m walking around and I’m on film? It’s like being watched and you don’t even know it.”

Surveillance cameras are being placed all along the water, from Alki to Golden Gardens, as part of a citywide wireless network aimed at improving emergency communication and port security.

“Privacy and security oftentimes come in conflict, and we’re trying to make sure that we balance those,” McDonagh said. “We have an obligation to protect the public at large. So we’re going to continue to do that. However, we’re going to constantly weigh the privacy issues on that.”

When told about the assistant police chief’s comments, Kestner said, “That’s a good thing and I like to believe that, but the feeling of constantly being watched freaks me out.”

They’re placing masking devices on cameras that could potentially see into homes, blocking out that view from the recorded feed. But streets, parks and beaches in range are fair game.

DuBois said, “It’s kind of like taking a piece of your freedom away.”

This is just the start. A total of 30 cameras should be installed by March 31. But the system won’t be active until the groups involved can hammer out some final details, and officials don’t have a date for that yet.

McDonagh said, “If there’s public demand, they will hold an information session or forum for people to ask question, but there’s nothing set in stone.”