A Beverly Hills jewelry store was targeted by a group of suspects in a brazen "smash-and-grab" robbery.

BEVERLY HILLS, Calif. - A brazen "smash-and-grab" robbery is under investigation in Beverly Hills and the thieves took off with roughly $5 million worth of jewelry, the store owner said.

The robbery occurred at about 2 p.m. Tuesday at Luxury Jewels of Beverly Hills in the area of South Beverly Drive and Charleville Boulevard, near Reeves Park.

The suspects shattered the front windows with sticks or sledgehammers and fled the scene with several items from the store, according to the Beverly Hills Police Department.

A video shared by Street People of Beverly Hills showed a group of suspects targeting a jewelry store in the area. The suspects were seen running out of the business, leaving the jewelry store window badly shattered.

Authorities did not immediately say what was taken or how much it was worth.

Some of the suspects were seen wearing hooded sweatshirts and surgical masks, but no further description was available. 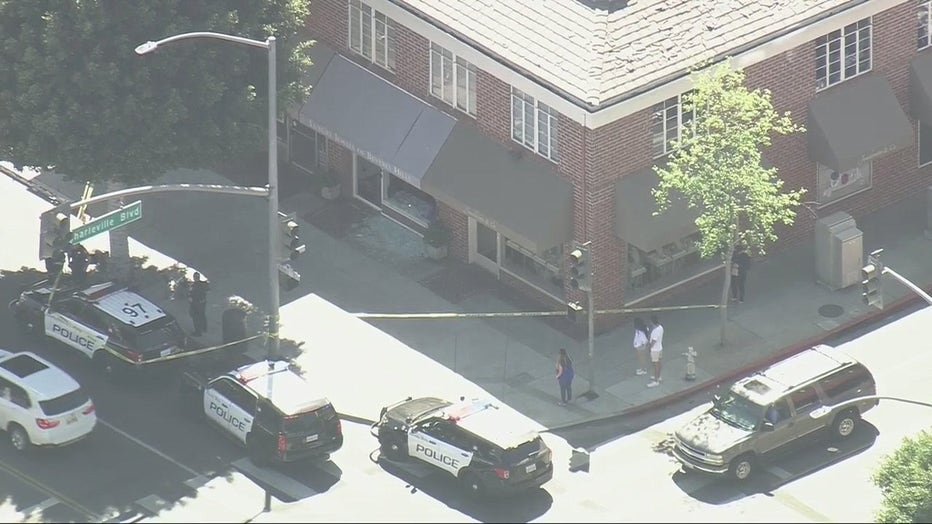 The BHPD responded to the 200 block of South Beverly Tuesday to investigate a "smash-and-grab" burglary involving multiple suspects. (Photo: SkyFOX)

Officials warned that traffic in the area may be impacted due to the ongoing police activity.

Additional details were not immediately available.