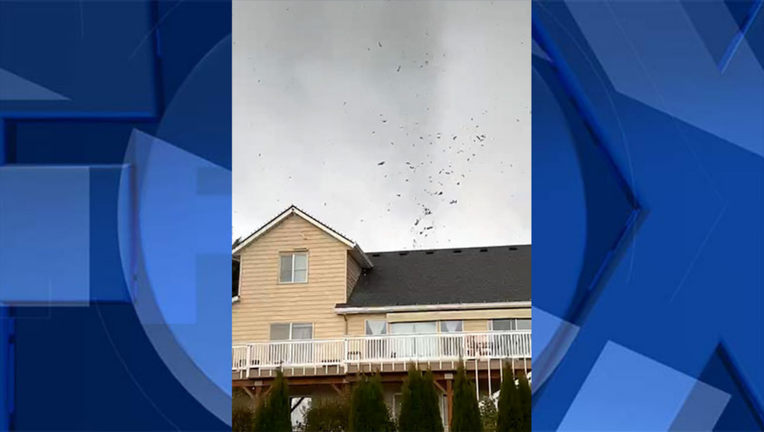 The weather service confirmed the tornado at about 2 p.m. Tuesday. It touched down around 12:20 p.m., KPTV reported.

Damage to the roof of a home was reported and at least two other buildings were damaged by large tree limbs. No injuries were immediately reported.

The National Weather Service in Portland said on Twitter that rotating clouds were still possible in the area Tuesday afternoon. “If you see any cloud rotation, especially if it starts to lower, head indoors,” the agency said.