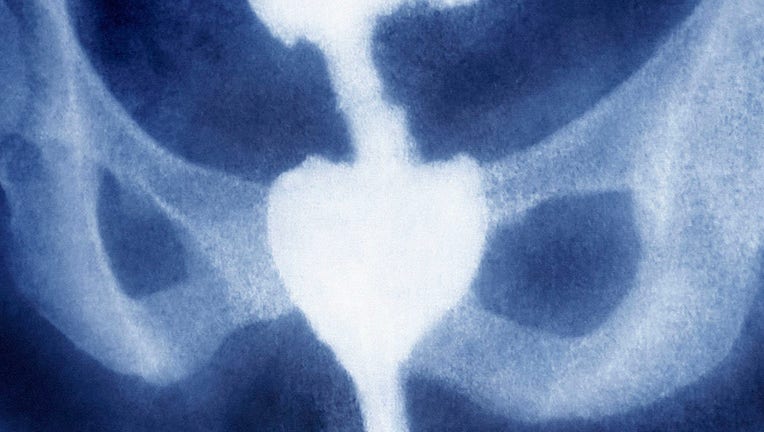 A small U.S. study of rectal cancer patients with a certain mutation found that every single person treated with an immunotherapy drug had their cancer "disappear" without the need for further treatment.

The small study of 14 patients and counting was conducted by oncology researchers at Memorial Sloan Kettering Cancer Center (MSK) in New York. In every case, the rectal cancer patients went into remission after being treated with the experimental immunotherapy drug, called dostarlimab, for six months, MSK said in a statement.

Furthermore, the patients didn’t need standard treatments of radiation, surgery, or chemotherapy. The cancer, which begins in the last several inches of the large intestine, has not returned in any of the patients, who have remained cancer-free for up to two years to date.

The initial results of the small trial involving the first 12 patients were published this week in The New England Journal of Medicine. The number of patients that went into remission was later updated to 14 total and presented at the nation’s largest gathering of clinical oncologists this month.

"It’s really exciting," MSK medical oncologist and trial leader Dr. Luis Diaz, Jr. said in a statement. Diaz is a member of the White House’s National Cancer Advisory Board and has spent his career studying how to defeat cancer with immunotherapy.

"I think this is a great step forward for patients," Diaz added.

The immunotherapy treatments like dostarlimab, sold under the brand name Jemperli, harness the body’s own immune system to fight cancer.

This clinical trial, which was funded by the immunotherapy drug maker GlaxoSmithKline, Stand Up to Cancer, and others, aimed to investigate if immunotherapy alone could beat rectal cancer if it had not spread to other tissues in the body.

Specifically, it focused on a subset of rectal cancer patients whose tumors contained a specific genetic mutation.

The 12 patients in the trial had stage 2 or stage 3 rectal tumors with a mutation known as mismatch repair-deficient (MMRd) or microsatellite instability (MSI). The MMRd mutation made their cancer particularly sensitive to immunotherapy, the clinical trial team said.

There are 45,000 Americans diagnosed a year with rectal cancer, and between 5% and 10% of all rectal cancer patients are thought to have MMRd tumors, according to the researchers.

Colon cancer screenings should begin at age 45, not 50

Americans should start getting screened for colon cancer earlier, at age 45 instead of waiting until they're 50.

The researchers said the body’s immune cells contain a safeguard known as a checkpoint to prevent them from attacking normal cells. But cancer cells can impact this safeguard and shut down immune cells, allowing a tumor to hide and grow.

It was given to the rectal cancer patients intravenously every three weeks, for six months. The results surprised both Diaz and Dr. Andrea Cercek, a fellow medical oncologist and trial leader.

"The immunotherapy shrank the tumors much faster than I expected," Cercek said in the statement. "My research nurse Jenna Sinopoli would tell me, ‘The patient has only received one treatment and already they’re not bleeding anymore and their terrible pain has gone away.’"

"Patients came to my office after just two or three treatments and said, ‘This is incredible. I feel normal again,’" Cercek recalled.

Cercek and Diaz said their team’s research was sparked by two "key ideas."

The first was aiming to target which patients, specifically, can benefit most from immunotherapy, noting how it has proven successful in treating a subset of patients with colon and rectal cancer that has already spread to other tissues.

The second was a desire for patients to avoid the "toxicity" often associated with common cancer treatments.

"Our first duty is to save our patient’s life. But the standard treatment for rectal cancer with surgery, radiation, and chemotherapy can be particularly hard on people because of the location of the tumor," Cercek said. "They can suffer life-altering bowel and bladder dysfunction, incontinence, infertility, sexual dysfunction, and more."

Instead of also doing chemotherapy, radiation and surgery, the team conducted solely immunotherapy treatment and closely monitored for any signs of recurrence using imaging, visualization such as endoscopy, and other methods.

The team is continuing to enroll patients in the clinical trial.

"Our message is: Get tested if you have rectal cancer to see if the tumor is MMRd," medical oncologist Dr. Luis Diaz, Jr. said in the statement. "No matter what stage the cancer is, we have a trial at MSK that may help you."

‘It’s the tip of the iceberg’

As the clinical trial continues, Diaz said he hopes "it’s the tip of the iceberg." The team is also investigating if the same treatment could help other cancers where tumors can similarly have the MMRd mutation.

"We are currently enrolling patients with gastric (stomach), prostate, and pancreatic cancers," Diaz said in the statement.

October raises awareness for Breast Cancer and LiveNOW from FOX talks with a doctor about the advances in treatments and importance of early detection.

Diaz has coined a term for this method of using immunotherapy alone to target MMRd tumors, calling it "immunoablative" therapy — which means using "immunotherapy to replace surgery, chemotherapy, and radiation to remove cancer."

"That might sound futuristic — but in this trial, we have a clinical example where that happened," Diaz said.