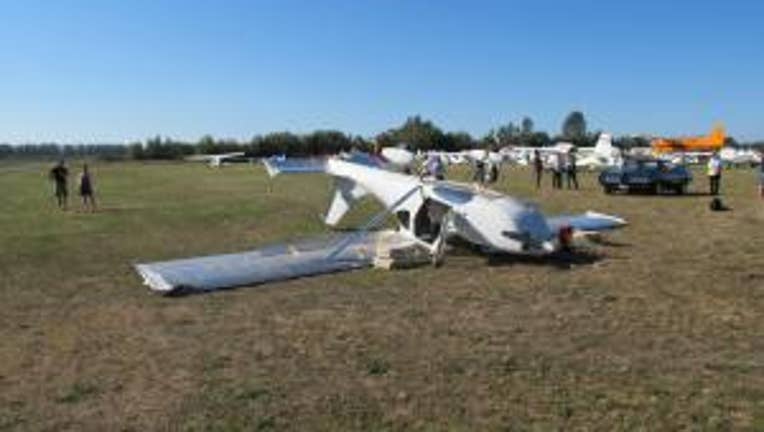 SEQUIM - A 48-year-old Shoreline father and son are safe after their small plane flipped upon landing at Sequim Valley Airport Saturday afternoon.  The Clallam County Sheriff's office said that the two-seat plane, a GlaStar, landed in the grass, short of the main runway.  The plane touched down and was rolling out when the plane's front tire hit a dip, causing the tire to stick.  The sheriff's office said that the plane then rolled over on its top.

The pilot and son were not injured in the accident, the Sheriff's office said in a press release.  The National Transportation Safety Board (NTSB) and the Federal Aviation Administration (FAA) are joining in the investigation of the accident.