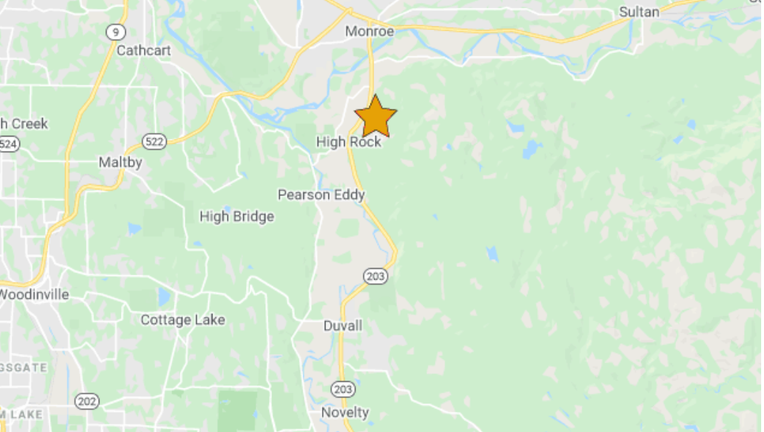 According to the Pacific Northwest Seismic Network, the quake was about 16 miles deep and struck at 2:40 a.m. about 3 miles from Monroe (nearly 16 miles from Everett).

At least 116 people reported feeling the earthquake near Monroe, according to the U.S. Geological Survey’s "Did You Feel It" web page. No injuries or damage were reported in either quake, The Seattle Times reported.

There were no reports of damage.

The Puget Sound region experiences earthquakes because it lies near the edge of the North American tectonic land plate and the Juan de Fuca, a large oceanic plate. The 700-mile (1,127 kilometer) boundary, a fault known as the Cascadia Subduction Zone, runs from Northern California to Canada. Scientists say the Juan de Fuca plate is trying to force its way under the North American plate.

Last year, an earthquake danger assessment by the U. S. Geological Survey said Puget Sound has a 75% or greater chance of being struck by a damaging earthquake in the next 100 years.