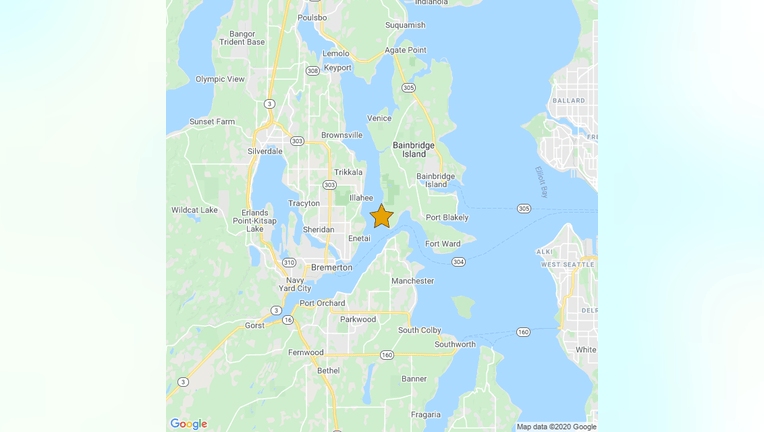 The PNSN says it happened around 8:30 a.m. about three miles from Bremerton from a depth of about 13 miles. It was roughly 11 miles from Seattle.

There were a few comments on social media that the quake was felt in the Seattle-Tacoma area, though those haven't been confirmed. Washington emergency management officials are asking people who felt it to report what they experienced.