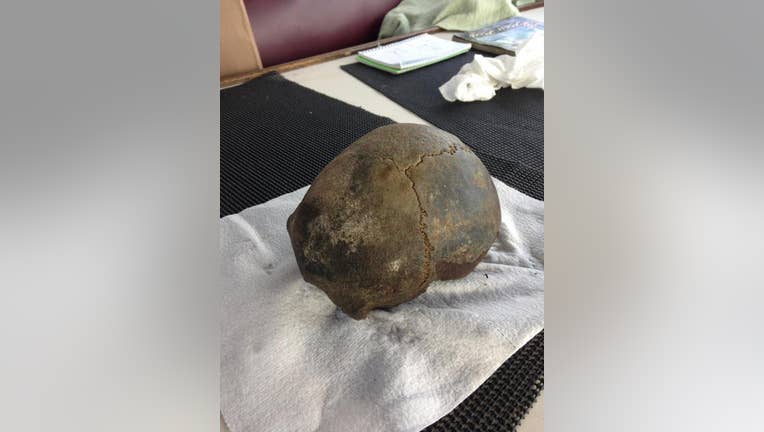 WESTPORT, Wash – Authorities confirmed Monday that a skull found in a crab pot is human.

Grays Harbor County Sheriff’s investigators are sending the skull to the FBI crime lab in Quantico Virginia.  Authorities hope the lab will be able to collect DNA from the skull to help make an identity match.

According to Sheriff’s officials, a crabber about 2.3 miles off of the coast pulled up a pot placed 90-100 feet down to find a portion of the skull in the catch late last week.

The fisherman called the sheriff’s office while out at sea, and a deputy met him at the Westport docks to take the skull into evidence.