Sketch released of suspect in attack on 16-year-old girl

Sketch released of suspect in attack on 16-year-old girl

KENT, Wash. -- The King County Sheriff's Office on Tuesday released a sketch of a suspect who attacked a 16-year-old girl who was jogging in the area of South 272nd Street and 42nd Avenue South near Kent on Aug. 13.

The victim told detectives that she was jogging at about 11:45 p.m. on Monday, Aug. 13, when she noticed a man standing outside a dark-colored vehicle ahead of her. She said she started to turn around to go in the other direction when the man grabbed her and pushed her into the driver's seat of the vehicle.

She told detectives the man got her pants partially down when she kicked him and he fell down. The victim said she began screaming and honking the vehicle's horn. She said she was able to scratch the man's face. The man was able to grab her again, the girl said, and she was able to take off her sweatshirt to get away. He grabbed her again and her shoe came off, she said.

"The victim was able to run away and flag down a passing vehicle for help," the sheriff's office said. 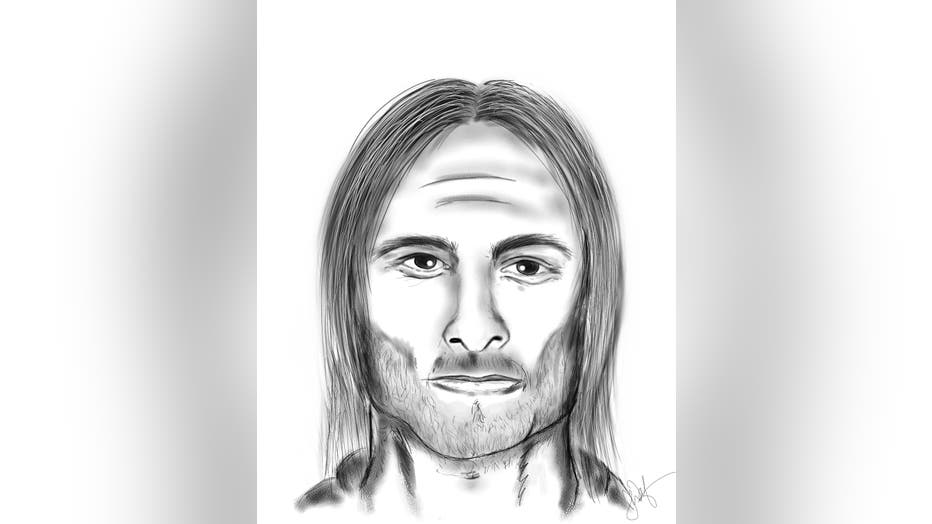 The suspect is described as a white man, about 50 to 55 years old, 6-foot-2 with a thick build, with salt and pepper shoulder-length hair. He was wearing dark clothing.

The suspect was driving an older, dark-colored, four-door SUV similar to a Toyota 4 Runner.