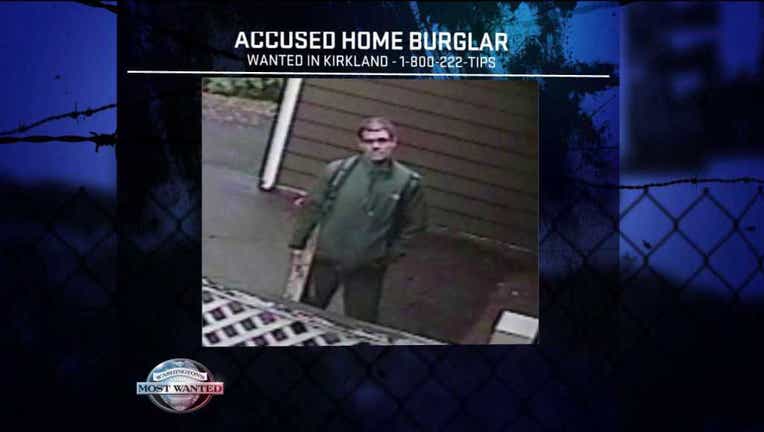 FUGITIVE CAPTURED Dec. 20, 2012 -- A burglar caught on camera breaking into a Kirkland home -- skateboard in hand -- has been caught after he was featured on Washington’s Most Wanted. The Special Enforcement Team from Bellevue police arrested him Thursday in Federal Way, thanks to a viewer tip to Crime Stoppers of Puget Sound. FUGITIVE WANTED IN KIRKLAND Nov. 16, 2012 -- He came into the neighborhood riding a skateboard, but police say it was only a prop -- the man was actually looking to break into a home and that’s just what he did. Little did he know the house had security cameras and his crime was caught on tape. "I came home from hot yoga. I came over here, opened up the door and I could see that the back door had been kicked open and the hinges were off the door so I slammed the door and ran outside and called 911. I thought someone was still in the house,” homeowner Maegen Powers said. Powers is a victim of a burglary and she doesn’t at all like the way it makes her feel. "Extremely violated, and it makes me really mad, and I want to catch this guy, and I don't want other people to feel like I felt. I'm a victim of my own home and it's not fair,” Powers said. Fortunately, Powers’ elaborate security system caught the bad guy in the act. In the video, the burglar is seen still carrying his long board. He first knocks on the door. When no one answers, he walks around to the rear of the house and then breaks down the door. Minutes later, a camera catches the man backing a car into the driveway and then loading the loot. "This is someone's worst nightmare and it happened to me and it doesn't feel good at all. I was scared,” Powers said. Her cameras also caught police searching her home, but by that time the longboard-carrying burglar was gone. On Wednesday, police arrested a woman trying to cash one of Powers’ checks in Seatac. "She's not believed to be involved in the burglary herself, but we're exploring leads that were developed from that arrest, and her interview that might help us identify the suspect,” Kirkland police Det. David Quiggle said. That’s what Powers wants more than anything. "I'm scared. I really am. And, I don't want to feel that way. I want to do everything I can to make sure we catch this guy and this doesn't happen to other people,” Powers said. Detectives say the suspect's car is a '00-'04 Volvo S60. Based on the surveillance video, detectives think he's between 5'9"-6'0", with short and possibly thin brown hair. If you recognize who the "Longboard Burglar" is, call an anonymous tip into: CRIME STOPPERS: 1-800-222-TIPS You must call the Crime Stoppers hotline with your tip to be eligible to receive the cash reward for information leading to a fugitive’s arrest. CLICK HERE for information on how to TEXT A TIP to Crime Stoppers 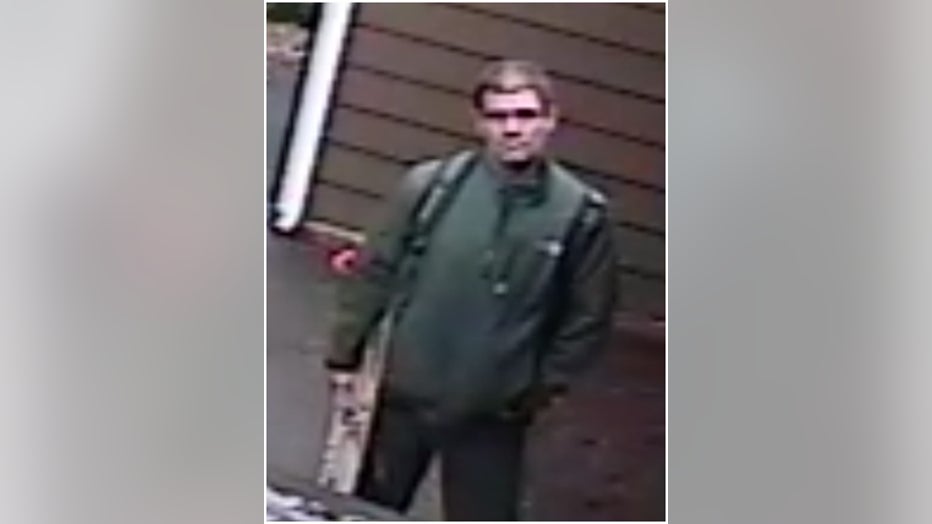