BURLINGTON -- Friday marks one year since a semi pulling an oversized load struck a section of the Skagit River Bridge -- causing it to collapse and sending three people into the water.

One couple that was on the bridge when it gave way said they'll never cross that bridge again. Dan Sligh and his wife Sally waited 90 minutes to be rescued after the bridge fell into the water last May.

Sligh said the couple suffers from panic attacks and high anxiety when crossing bridges. Now, they use ferries instead.

Dan has been a career sailor for more than 20 years and is a specialist in water search-and-rescue, so he knew they were in a life-or-death situation.

"I knew that the water temperature was about 45 degrees," he said. "I knew that our life expectancy at that point before we lost consciousness was about 20-30 minutes."

"At the point that Sally started losing consciousness again, I knew her life was leaving her and that's when I pushed the issue with first-responders to get us out of the truck now. There was about a foot of water above the driver's seat, so she was sitting in it the whole time."

The Sligh's attorney said the state, the truck driver who caused the crash, and the trucking company are all pointing the finger at each other. He said if someone doesn't take responsibility, they may sue.

WSDOT installed a new section of the bridge last September. 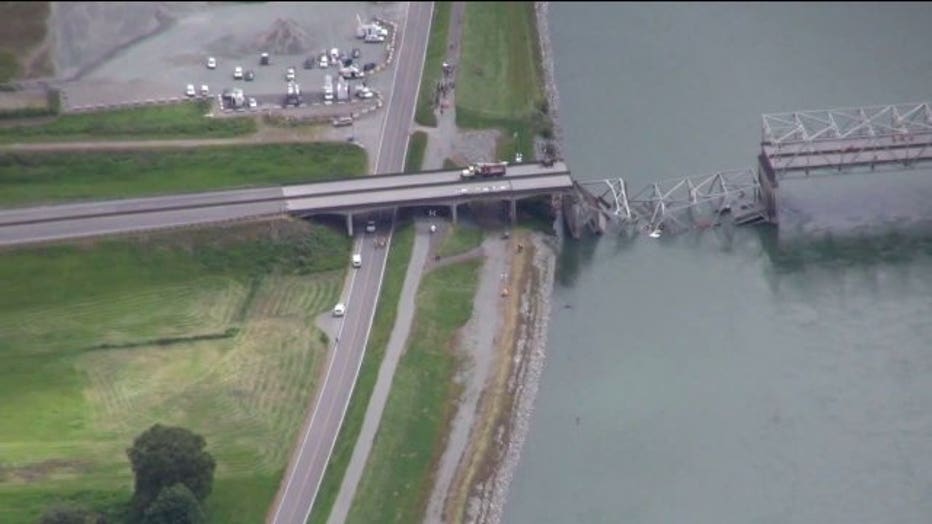